Member Login
By / Craig Hanna / In In the News /
Data as a Service Market was valued approximately at USD 8.7 billion in 2018 and is anticipated to see a growth rate of more than 30% over the forecast period 2019-2026 according to Market Research Future.

With large players investing or entering the market such as Dow Jones & Company, comScore, Experian, Acxiom Corporation, Verizon Communications, and EMC Corporation it seems as if 2020 could be the year that DaaS as a concept becomes more widely adopted.

But was ist DaaS?

According to Econsultancy’s Digital Transformation and the Role of Data report:

“Data-as-a-Service (DaaS) is a data framework that essentially splits data access and usage from where the data is stored, freeing the data for multiple uses with speed and ease of access and the ability to scale usage. DaaS data agility is a substructure of digital transformation acting as a reinforcement to solutions enabled through digital transformation. DaaS data can permeate all corners of businesses and how they run with the aim to amplify capabilities and sustainably scale.”

Of course this is not entirely new. The concept could be traced back in some ways to Jeff Bezos 2002 mandate about every team in Amazon needing to expose their data and functionality via service interfaces.

These data flows created critical paths for teams to communicate and access other capabilities. But it also created the concept of open data at scale (DaaS) and created a service-oriented architecture in the business, effectively establishing separated parts of the company as individual platforms. Being open to external access also encouraged competition and collaboration, helping them to stay efficient and competitive. 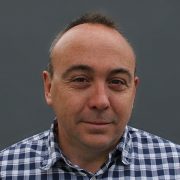 Craig Hanna is part owner and regular contributor to the GMA. He is also a product manager at Acquia for Site Studio, a low-code platform for building and managing enterprise websites in Drupal 8 (Craig was a co-founder of what was known as Cohesion before its acquisition by Acquia). Previously Craig established the training and consultancy business at www.econsultancy,com (Now part of Centaur Plc) and was responsible for the launch of their US office..

What's REALLY been worth reading over the past week? Craig Hanna, digital marketing consultant and resident GMA managing editor, introduces the articles that have caught his eye...

Over the next few weeks, we'll be bridging the gap between data insight and effective action. Once described by David Ogilvy as knowing “more about direct marketing than anyone in the world", Drayton shares his exclusive straight-shooting wisdom right here on the GMA. He reminds us all of what really matters: persuasive copy that gets results.

Any company which is dependant on data needs data which is... well... dependable. But how many actually have a data quality strategy? And what are its key components? Read on to find out...