Lessons from two dead – and one dying – businesses

And this includes brands customers love, with dedicated staff who often get stiffed by greedy bosses.

They fail because the bosses forget who pays them (usually too much) – and where the money comes from: customers.

They also fail because these drones don’t keep an eye on what sells and what doesn’t.

In short, they fail because of stupidity, arrogance, greed and lack of focus.

These people think they’re riding so high they can’t fall – but they almost invariably do.

Here are things I have noticed from three wildly different businesses in three countries.

The first is a former client of Ogilvy & Mather – and one of the great businesses of America – Sears, Roebuck & Co.

Sears was one of the first businesses to have a mail order catalogue, after which they extended into stores.

34 years ago Ogilvy sent me to Chicago to see if I could help, as they were a hugely important client.

I immediately spotted one thing they were doing wrong.

They were spending huge amounts on newspaper inserts.

These had worked in the past, but they had not noticed you could target far more accurately with direct mail. Don’t talk to everybody if you only need to talk to somebody.

People like to do what they’ve always done, it makes them feel comfortable: so they rejected this idea.

Eddie Lampert – a predatory investor – did that.

He made out like a bandit, extracting $1.4 billion – at the expense of a great business and its loyal staff.

One of the great brands in America is now bankrupt.

They forgot the saying of the man who built Sears up, Julius Rosenwald.

“My ambition is to stand on both sides of the counter at once.”

That meant not only watching what his customers did, but what worked when selling to them.

Another far smaller business caught my eye years ago when I went to Ireland to buy some paintings.

It was a very successful firm – QuinnMarkets – one of the first and most successful supermarket chains in Ireland.

They were successful for two reasons.

Feargal Quinn – a man my age who died recently after a successful career in politics – had the same philosophy as Rosenwald.

He used to spend a lot of time in the supermarkets watching people.

This meant he could improve service.

Quinn noticed that children used to pester their mothers at the checkouts – that’s where all the sweets were.

So he changed the layout of the supermarket to move those products somewhere else.

Marks & Spencer, here in the UK, is also circling the drain.

Founded in the 1850’s by two men who had a market stall in Leeds, it became one of the leading retailers in the UK.

Marks & Spencer was one of the first firms I ever applied to after quitting university, I’m sure I would have been a rotten employee had I succeeded.

But Marks & Spencer seems blind to who their customers are.

Consistently they feature ads with smart models in fashionable clothing.

Why they do this is both stupid and a mystery.

Nobody goes to Marks to buy the latest fashion. They never have, never will.

But they’ve been doing it for years – and their sales have been going down for years.

They aren’t watching who their customers are – more conventional middle aged types. They keep using the sort of models smart young things in ad agencies love.

But their customers are not smart young things in ad agencies.

It’s inexcusable. They have some big business names on their board.

I wonder what all these people get paid for.

Clearly not one of them can be bothered to go into the stores and watch.

Too busy presiding, no doubt.

Wise business thinker Peter Drucker said “There is only one source of profit in business – it is your customer.”

Never forget where the money comes from.

Are you keeping an eye on your customers?

Do you understand what works for them?

Or to get those you have spending more?

If you need some help just drop me a line – http://draytonbird.net/agenq/

>> Subscribe to our newsletter for leading insights straight to your inbox <<

Image by Greg Montani from Pixabay 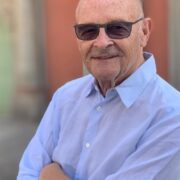