Member Login
Home / Strategy and Management
By / Chris Baldwin / In Insight /
Far from being dead in the water, new research shows that on-pack promotions can still captivate consumers. But the trick is to blend the wow factor with smart strategy – get the right promotion that goes beyond simply slashing prices, says Chris Baldwin. Here, he examines the evidence.

The way in which consumers shop may be changing, but there’s still appetite for the humble on-pack promotion.

The latest research has shown that far from being seen as old hat, on-pack promotions are a great way to capture shoppers’ attention and have the power to boost customer loyalty by making brands more appealing.

Our research quizzed 2,000 consumers, from a cross section of the population, about their attitudes towards sales promotions. It revealed that as many as one in three adults (33%) would be more likely to splash their cash on a product if it had an offer on the front, while a huge 69% have taken part in a sales promotion either on-pack, in store or online. What’s more, over half (51%) said they actively look for sales promotions online.

In a digital age, where home shopping seems to rule the roost, the findings put paid to the myth that on-pack promotions don’t work. Quite the opposite – we’re a nation of savvy shoppers, hunting down the best deal.

Our findings prove that in aisles packed to the rafters with goods, an on-pack promotion can be a great way to stop shoppers in their tracks. But for promotions to truly work and deliver long-term value, brands need to be smart in their thinking.

Brands should know what they want to achieve and who they’re targeting. Do they want more customer loyalty, a change in buying habits or a boost in sales? What’s clear is that for today’s canny consumer, who is faced with more choice than Aladdin’s cave, running any old promotion won’t do the trick. And, going down the discount route can often do more harm than good.

It’s unrealistic for brands to continually slash their prices or offer a BOGOF without their bottom line taking a hit. While offering a quick discount might seem like an easy way to attract consumers, unless they’re going to stick around, a brand is only going to see a short-term boost to their margins.

With consumers coming to demand more from their shopping experience, brands need to look at promotions that won’t devalue their products or their reputation. And that means putting their customers’ wants and needs at the heart of these efforts.

Our research found that more than a quarter of shoppers (29%) are more likely to enter a competition where the prize is of low monetary value, but they have a higher chance of winning. In contrast, just 12% have got their eye on high value prizes with lower odds of winning. Unsurprisingly, free prize draws came out top of the popularity stakes for both in-store and online sales promotions.

The findings also revealed that promotions are a bigger hit among female shoppers, with 73% of women likely to take part in a sales promotion compared to 64% of men. And interestingly, on-pack promotions proved most popular with the younger crowd. Busting the myth that millennials are less engaged, those aged 18-24 were most likely to buy the product (42%), while over 55s were the least likely (25%).

As the saying goes, knowledge is power. The more a brand knows about its target customer, the more it’ll be able to create a promotion that hits all the right notes.

Make your on-pack promotions stand out from the crowd

Brands need to make sure their on-pack promotion has the wow factor. There’s no room for bland and boring here. Consumers can be a fickle bunch and lose interest in the blink of an eye.

The truth is, today’s consumers are less loyal to brands and retailers than they once were, so promotions have an important role to play in keeping hold of customers. Engaged and satisfied consumers click more, buy more and shout louder about a good deal. And with the boom in social media, millennials can be great brand ambassadors.

Brands need to put their thinking caps on to create a promotion that inspires trust, gets people talking and importantly, gets them interacting with the brand. The best on-pack promotions have the right mix of punchy offer, smart strategy and creative graphics to really wow the consumer. And simplicity is key. 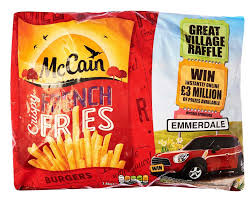 A great example is the McCain Great Village Raffle promotion. The frozen food giant teamed up with TV soap Emmerdale to offer shoppers a headline prize pool worth more than £3 million inspired by Yorkshire’s most famous village.

McCain used its sponsorship to create a colourful, eye-catching promotion, designed to grab consumers’ attention. To fund the big budget promotion, McCain opted for a fixed fee method. It meant it could offer its customers a whole host of desirable treats and prizes without having to take the full liability on its books. The beauty of using fixed fee is it allows brands to focus on getting the creative just right, while knowing the headache of financials is taken care of.

Firing on all cylinders

As well as splashing the promotion across 45 million packs, McCain promoted the ‘Great Village Raffle’ across magazine, social media and digital advertising. From Twitter to Facebook and everything in between, digital means brands can shout from multiple platforms, while capturing valuable data. It gives them the chance to build direct relationships with customers who have already shown interest. But beware; brands shouldn’t ask for their life story – making sure the commitment matches the incentive is key, or it will scare people off.

Brands need to think of promotions as an ongoing conversation with their customers. Done right, promotions not only encourage shoppers to part with their cash, but they can keep them coming back. And, consumers feel like they’re getting something they really want. It’s a win-win all round. 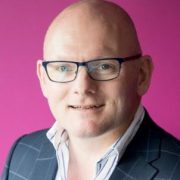 Chris Baldwin is director of Consumer Promotions and Loyalty at Sodexo Engage.