Member Login
Home / Strategy and Management
By / Phil Aiston / In Case Studies /
One was a masterclass and one a bit of a mess: Burger King and Walkers, their risk-taking personalisation strategies and their campaign results, are explored here. But marketers, be warned: learn from these experts, but be cautious – assess all potential outcomes (and don’t underestimate the quick-witted public) – before rolling out risky advertising.

The huge advances that we have seen in technology, and the way we collect and use data, mean that marketers are now able to create campaigns that feature a raft of unique and personalised content. Mass personalisation is a complex beast, but if executed correctly, is definitely worth the time and effort, as the opportunities it presents are huge.

Unless you have been living under a rock for the past few weeks, you have probably come across the #WalkersWave and the Burger King ‘OK Google’ campaigns. Both of these campaigns highlight the massive opportunities – and potential risks – that interactive campaigns represent for the marketing community.

Burger King stole the headlines and generated lots of earned media when its ‘OK Google, what is the Whopper burger?’ campaign was hijacked by the public, who then edited the Whopper Wikipedia page to describe it as ‘the worst hamburger’. The #WalkersWave campaign also left the brand scrambling to reclaim its campaign from the hands of the quick-witted public, who used the opportunity to upload images of unsavoury characters to feature on the company’s marketing materials alongside its famous spokesperson, Gary Lineker.

As these campaigns were unfolding, it appeared to many as if they were crashing and burning in spectacular style. However, let’s not be naïve here. Burger King knew exactly what it was doing when it hit the ‘go live’ button for this campaign. Why else would the brand have had another cut of the TV advert, that didn’t include the ‘OK Google’ prompt, ready and waiting?

This campaign might have been a marketing ‘fail’ on the surface, but it was actually a masterclass in risk-taking –and the risk definitely paid off. You only need to look at some of the metrics involved to see what a success this campaign was. For example, figures from the Washington Post revealed that ‘social conversation’ around Burger King was up a ‘whopping’ 300% during the campaign. Most brands could only wish for numbers like these.

By using the new Google Home technology, this clever campaign managed to find its way into the homes and the conversations of its target audience. Not a bad result! But before a brand decides to try something similar, it is important to evaluate whether it has the ability to withstand the backlash that Burger King had to deal with. If the answer is no, then this type of campaign should be avoided.

Do the calculations – you won’t regret it

So, what happens when the risks haven’t been carefully considered? Well unfortunately, it looks a lot like the #WalkersWave campaign. Walkers naïvely designed a campaign that the brand had little or no control of, so when it went live it only took a matter of minutes for the public to hijack it.

Luckily for Walkers, many understood that this was a simple case of naïvety, which limited the overall damage to the brand’s health. Even so, there is an important lesson here. If there is any chance that there is any animosity towards the brand from the public, personalisation is probably not a good idea.

In order to avoid landing a brand in the same situation as Walkers, it’s also worth paying close attention to context and the value-add to the audience, as well as taking the time to test the campaign on a smaller audience first. One example of a well thought-out and planned personalised campaign is Heinz. 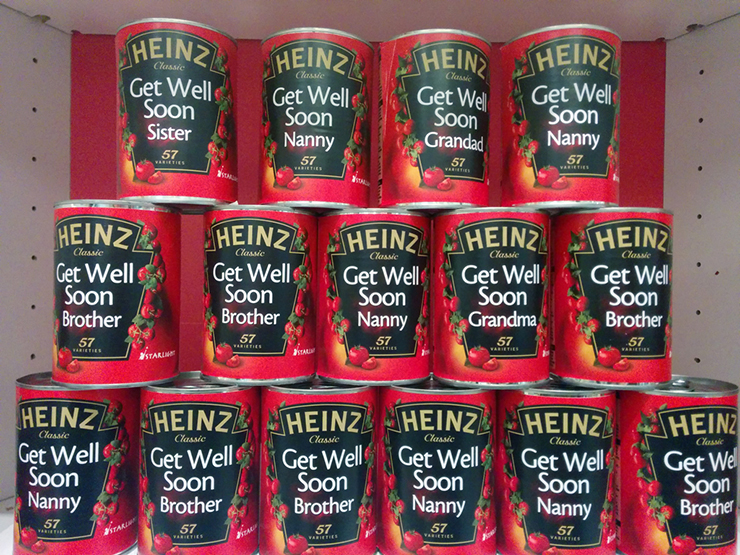 Heinz sold personalised cans of soup via its ‘Get Well Soon’ campaign for more than twice the price of a regular item. With the added incentive of £1 per can sold going to the Starlight Children’s Foundation, consumers not only avoided trolling the campaign, but appeared to be more than willing to pay the extra. In the end, more than 96,000 people logged into Facebook to find out more about the campaign and the brand.

What does the audience get in return?

By contrast, when we look at #WalkersWave, what did the audience actually gain from the campaign? Well, nothing. So, it’s not that surprising that the audience were more than happy to sabotage the company’s marketing efforts. Making sure a campaign actually delivers some form of value to the audience is essential to reduce the likelihood of consumer interference.

When Manifesto used personalised video as part of the Parkinson’s UK #WeWontWait campaign for Parkinson’s Awareness Week, for example, we made sure that the act of participation was a meaningful experience for the target audience. For people whose lives have been touched by the degenerative neurological condition, being able to create a short video that explains what a cure would mean for them was a positive and potentially powerful means of self-expression. As a result, the campaign generated lots of social media discussion and led to more than 500,000 engagements with the charity.

Risk-taking personalisation – eyes on the prize

One final bit of advice: whatever shape or form a personalised, interactive campaign might take, it’s important for brands to keep a close eye on it from the start and, if possible, to do a soft launch. If the public’s reaction isn’t gauged at this early stage, the brand will be at the mercy of the consumer once the campaign extends to a larger audience.

Ultimately, the world of personalised marketing is about taking a risk. However, rather than avoiding these risks, brands just need to calculate them carefully. After all, some risks, like Burger King’s, are worth taking. Instead of destroying the brand, the company’s ‘OK Google’ campaign led to millions of pounds of earned media – and even a Cannes Lions award.

Which brands show potential? Answers are in the 5 vital signs of business health

How to reach and engage older consumers with social media 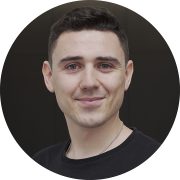 Manifesto is an award-winning agency of creatives and technologists who collaborate with exceptional organisations, aiming to change things for the better.