Member Login
Home / Data Driven Channels
By / Sally Hooton / In In the News /
The first time a video advert appeared on British commercial television was in September 1955, for Gibbs SR Toothpaste, and video advertising remains one of the most popular types of marketing content. But for brands to get the best return on investment, they need to start paying more attention to what consumers actually want from this kind of marketing.

Celebrity endorsement is not switching on a video advertising audience, a new report from video production company Groundbreak has shown.

The fresh research among 1,000 UK consumers revealed a surprisingly low figure – just 8% of consumers like video ads that have one of their favourite celebrities in them, with only 3% more likely to make a purchase after seeing one of these.

More tuned in to the power of video are millennials – one in five of them are more likely to purchase a product or service after watching a video advert. Older generations are less receptive, with only 12% of 45-54-year-olds, 13% of 55-64-year-

olds and 6% of those aged 65+ saying they would be more likely to make a purchase after watching a video ad. 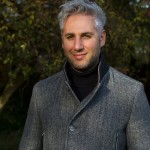 In the report, Geoff Brooks (pictured), CEO at Groundbreak Productions, said: “The first time a video advert appeared on British commercial television was 9.01pm on September 22, 1955. Created by AB-Pathe, the 70 second ad for Gibbs SR Toothpaste made advertising history and changed the direction of consumer engagement. 61 years later, video advertising remains one of the most popular types of marketing content. 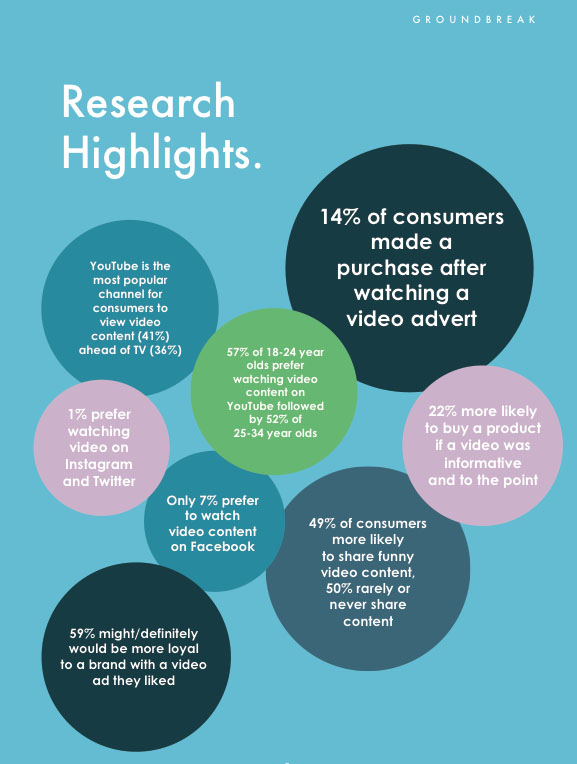 “Major holidays can be marked by the first showing of particular adverts as brands compete to create the most standout commercial content. But while audiovisual content retains its prominence in the marketing and advertising worlds, how customers consume this material has been forever changed.

“The rise of YouTube and online video platforms has overtaken the popularity of mainstream television, particularly among younger audiences. Marketers and consumers are now living through a major shift in how content is viewed, and what content people want to view.

“We commissioned this independent report to help brands better understand their consumers’ attitudes to video content, and to help them make decisions about investing in this type of marketing for their business.

“For businesses looking to build brand loyalty, we also examine how video content can be a main driving factor in developing a strong base of brand advocates that will help you get your business out into the public agenda.

“The world is moving away from print media as younger generations become more naturally comfortable with digital alternatives. 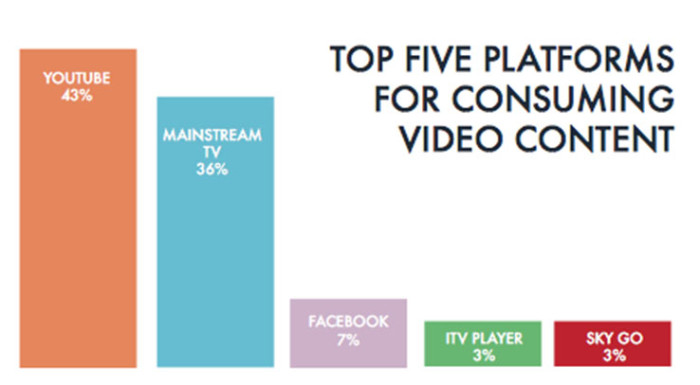 “With such a versatile and developing digital infrastructure growing faster than traditional outlets, potential is huge for video adverts to reach an even larger audience.”

“This research really highlights the importance of brands carefully considering the way they use video to advertise their products or services to their target market.

“The fact that millennials’ spend is most likely to be influenced by video adverts is good news for those businesses targeting these consumers. However, for those that have different or more varied target markets these statistics shouldn’t be off-putting. Instead of packing in video advertising altogether, the research suggests that to influence consumer spending, brands need to create either snappy and ‘to the point’ adverts, or invest in storytelling.”

The research also showed that 42% of consumers like video ads that are informative and ‘to the point’ and 22% would be more likely to make a purchase after watching this kind of video content.

More than 30% of people surveyed like video ads that tell a story, with 29% favouring those that make them feel nostalgic – 12% said that they would potentially buy a product or service after watching one of these adverts.

Brooks added: “As marketers increasingly champion digital platforms over print advertising, consumers are being bombarded with more video content than ever. As a result, for brands to get the best return on investment, they need to start paying more attention to what consumers actually want from this kind of marketing and adapt their approach accordingly.” 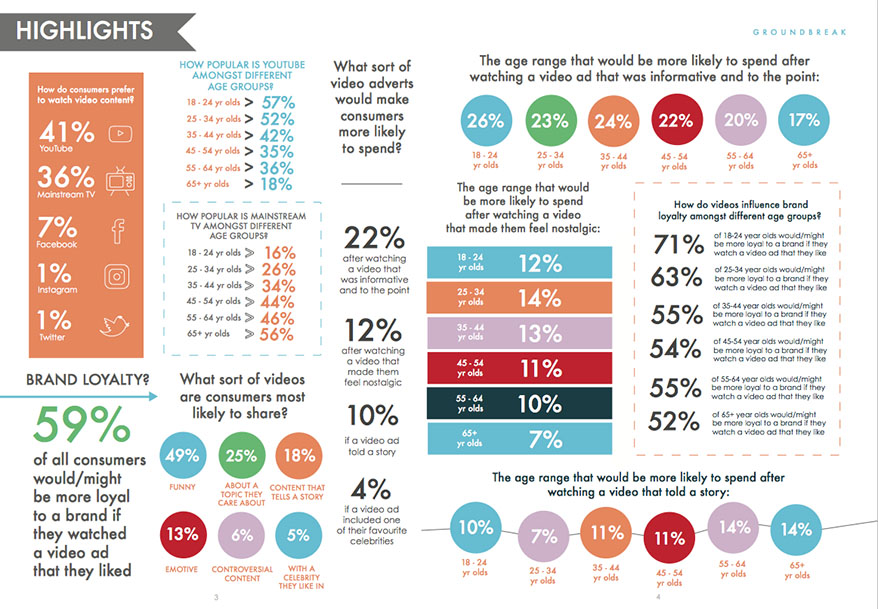 Groundbreak is an award-winning film and video production company with offices based in Manchester and London. Founded in 2012, the agency creates high quality advertising and feature content for online and TV broadcast. It offers a production services including conceptual development, scripting, high-end VFX and animation, as well as studio or location-based filming and has worked with some big names including Brother International and Moneysupermarket and a number of public sector clients including the Department of Health, NHS, the National Lottery and the National Crime Agency.