Member Login
Home / Data Driven Channels
By / Mike Jeanes / In Insight /
Today’s consumers want advertising formats that speak to them, that trigger customer emotions – they want to be involved, engaged, intrigued, entertained. So, all brands need to work out is what their customers want, when they want it and how they want it, for their adspend to have been completely justified. Simple, right?

When Buzzfeed burst onto the scene a little over ten years ago, no-one would have predicted its stellar rise. What started as a Huffington Post side project without any editorial staff has become an international phenomenon, largely due to putting its social, content-driven publishing technology at the core of its online advertising strategy. In times when consumers have been changing from a captive audience, passively receiving advertising messages from brands, to being effectively contributing and influencing brand strategy, understanding how people want to receive content and advertising is key. So how important is it for brands to connect with consumers – to trigger customer emotions to meet their expectations?

All about the people factor

More than ever, people have the world at their fingertips. In the UK, 82% of the population are active internet users (according to the report: UK Internet Users and Penetration, 2015-2021 – millions, % change and % of population – February 2017], spending countless hours scrolling through screens. This behaviour is reflected in the significant investment in online advertising, currently representing 58% of the total ad spend in the UK. However, this doesn’t necessarily mean that the advertising being delivered is either pleasing existing consumers or attracting new ones. For years, consumers have been served poorly targeted, irrelevant advertising in disruptive formats. These tactics have already opened the floodgates to a new reality, with the consumer bouncing back and now installing blockers to avoid intrusive advertising, resulting in advertisers losing millions in the process.

For consumers, and especially millennials, standing on the sidelines while being flooded with one-way messages is no longer an option. They expect brands to engage with them differently, offering content that is relevant and delivering it in a format that speaks to them. Most importantly, they want to be involved in campaigns that can trigger their emotional side. Our research The Format Effect (see our infographic on video take-up, right) confirms that when ads encourage participation, they have a high potential to pull in the consumer and deliver brand benefits. Crucially, interactive formats also trigger different emotions when compared to interstitials, including ‘surprised’, ‘excited’, and ‘intrigued’. Campaigns that deliver these emotions could result in a ‘doubling effect’ of key brand measures including potential purchase.

Luckily, many brands are increasingly aware of this shift back to humanisation. Global giants like Spotify and the New York Times have all adopted content strategies that go beyond engagement and seek to resonate with consumers’ emotions. The latter has taken bold measures, revealed in its leaked Innovation Report, which brutally outlined the struggle it faced to maintain its readership in today’s competitive landscape. It has launched its first-ever brand campaign in a decade at this year’s Academy Awards. Hot on the heels of last year’s much-lauded VR documentary ‘The Displaced’, the digitally-focused campaign is a clear signpost that the publication steers a new course to connect with consumers.

While connecting with consumers is easier said than done, there are a few steps marketers and advertisers should take to build brand interest and engagement.

Consider format appeal. It is vital for marketers and advertisers to develop the right solutions for the audiences they are trying to reach. Content needs to connect with people through an engaging format they want it, at an emotional level that reflects their views and ethics. There is a preference for formats that encourage participation, offering the flexibility to open or close, opt in, or opt out when they choose. Outstream video and interactive mobile ad formats are now considered more appealing than pre-roll and interstitials, respectively. According to The Format Effect, consumers watching outstream video ads are +35% more likely to consider a purchase than those watching pre-roll.

No brand incorporates the methodology of emotional engagement through participation quite like Netflix. From overhauling traditional TV formats with the introduction of its binge-watching model to savvy social media tactics that allow for maximum engagement, the streaming provider goes to great lengths to meet the demands of its user base. Its latest reported coup is a technology that would allow viewers to choose the ending of a story. It doesn’t get more interactive than that.

Stand out from the crowd. Arguably the biggest challenge for any brand marketer is to attract the attention of the consumer, and they may only have a few seconds to do so. With time of the essence, brands should look beyond traditional metrics such as CTRs and AVEs when planning their advertising strategies, and focus on emotional factors and engagement measures to help them manage demanding consumer expectations. Brand appeal, engagement and consideration should be used more frequently, recognising that consumers are not simple numbers but people with different emotions and perceptions.

Create enjoyment. Consumers that enjoy an advertising format are more likely to digest the messages it conveys and respond to it positively. You don’t have to be a Netflix or Buzzfeed to develop advertising that trigger emotions. You only have to figure out exactly what it is that your customers want, when they want it and how they want it. But make sure to do so with empathy.

Targeted video content ‘will be the cornerstone of all future marketing’

From ‘screen hopper’ to ‘addict’, get a sharper picture of the online video consumer 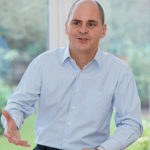 Mike Jeanes (email: mike.jeanes@thenewbase.com) has 25 years’ consumer research experience on both the agency and client side working for some of the worlds’ largest print, TV and digital brands. His career has focused on exploring consumer product and service needs, evaluating market trends and providing innovative research and insight solutions. He is the developer of key industry studies such as Publicitas Marketing Priorities (now NewBase) and The Format Effect. NewBase (previously Publicitas International) provides expert and independent marketing and advertising services across all media channels. It operates in more than 30 major markets with global reach and local knowledge. NEWBASE Content, ADBASE, Mediascope and Matrix Media in India and Publicitas AG are all part of the NewBase Network.

Drayton Bird recently read a guide to email marketing. He wasn't impressed. In fact, he found it astonishingly bad. A dearth of examples, a torrent of vacuous claims and a scattering of irrelevant imagery. I'm sure you can do better!

AI, machine learning and "propensity modelling" are already showing their potential, says Phillip Othen, Senior Writer at Lead Monitor. He should know: one of his colleagues is a "robo-journalist" filing 50 articles-a-week.