Member Login
Home / Strategy and Management
By / Robert Howells / In Best practice /
Will the new wave of data sets and predictive analytics revive B2B outbound telemarketing to the point where it can become a real driver of sales acceleration? Robert Howells has some answers.

Those of you of a certain age may remember The Buggles’ hit, ‘Video Killed the Radio Star’. Since, according to Wikipedia, it was the first video shown on MTV (back in 1981), I realise that is not most of you. However, the point of the song is clear just from the title – new technology supplants the old and mercilessly discards it.

However, radio was not killed by video, or anything else for that matter. It survived and thrived as more people travelled by car, talk radio took off in the 80s and Sirius XM now enables us to listen to virtually anything anywhere.

As far as I know, there hasn’t been a hit single lamenting the death of outbound telemarketing to develop marketing leads. But for many, it epitomises yesterday’s marketing – intrusive, untargeted, expensive. (Just to be clear, I am talking about telemarketing in the context of outbound lead generation – not bottom of the funnel inside sales.)

Why did outbound telemarketing fall out of favour? I have identified five main reasons:

However, telemarketing has survived because of two benefits not easily replaced:

So, in the face of the difficulties almost all companies have in calibrating inbound marketing, and the constant pressure for leads, telemarketing has continued to be part of the mix. Nonetheless, its long-term future has until recently been seemed in doubt.

But now a number of new and existing providers have come along with new or enhanced solutions – with predictive analytics and purchase intent either embedded into the data sets or offered as an add-on. As these are adopted, it may be that the combination of selective targeting resulting from this data, with better content resulting from the focus on nurture streams, will combine with the speed of telemarketing to accelerate sales.

Whereas in the past you had to call first to find the right target or opportunity, you can now jump that stage and call with a much greater certainty that the time and the target are right. A better experience all round.

In fact, the provision of these new data sets, often bundled with other demand generation services including calling, is becoming increasingly competitive. I have listed some of the companies below. The offerings can be complex, and marketers will have to choose carefully and test. It’s important to dig into the differences in methodology, coverage and geography – and, in particular, to distinguish between predictive models and purchase intent.

These are not in any order except alphabetical and certainly not a comprehensive review or comparison.

Bombora also uses a mix of behavioural data and analytics, but in a different way. Its ‘Surge’ solutions will “capture and apply intent signals across the B2B web”. These are then scored at company and location level to support targeting.

Discover.org goes the human route initially, with a team of researchers who update company profiles including technology and org.charts every 60 days. Their OppAlerts product provides buyer intent based on content consumed across thousands of publishing sites.

InsideSales.com has a range of products and services that use models to score the most promising leads, accounts and opportunities. It matches data in a client’s CRM to its own database of sales interactions and then appends 3rd party firmographics. It can also link to their predictive dialler tool.

Mintigo delivers lead scoring models based on predictive analytics as well as “marketing indicators” taken from the web and then linked to data in the client’s own CRM or MAP platforms. Mintigo can also cleanse this data from their own sources.

RainKing has a SaaS-based solution that enables marketers to access profiles which include installed technology, spending and investment signals across their database.

Tech Target tracks buyer behaviour in multiple categories of technology through responses to editorial content. Their purchase intents are based on “relevant content consumption over time”.

Marketers therefore have a lot of alternatives to test. What are the next steps you should take in deciding how and when to integrate calling into the demand generation mix using these data options? Here are three crucial steps:

Finally, remember that all demand generation is an iterative process and be alert to making swift changes as results come in. But I am confident that combining strong data with well-executed telemarketing campaigns will indeed speed up the revenue cycle.

Are you sitting on a data gold mine? What all brands need to know 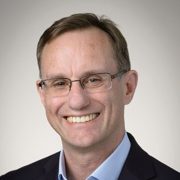 Formerly head of key accounts and group managing director, international, at Harte Hanks, Robert Howells served as chairman of the Global Advisory Board at the US DMA. He now helps companies drive revenue and make the right strategic and planning decisions, founded on his decades of experience – supporting marketing services companies, data providers, B2B marketers and other organisations in planning, executing and achieving revenue growth – around the globe. Howells Marketing Consultants: contact Robert Howells here – rlhowells@gmail.com