Member Login
Home / Data Driven Channels
By / Dr Hannu Verkasalo / In Insight /
Multi-screen video consumption is on the rise, but habits vary widely among consumers. Hannu Verkasalo sheds some light on how this all works to give marketers a clearer picture of the online video consumer and how to invest in the right media mix for video advertising.

What does multi-screen usage look like during a day in the life of today’s digital consumer? How are streaming media devices, connected TVs and even gaming consoles affecting people’s use of long and short-form digital video? These are some of the questions we get asked by marketers about the online video consumer, which I hope to answer for you here.

How do different devices peak at different times of the day?

It’s important to start with some context on device usage, particularly the rise of smart TVs, tablets and other devices for consuming video. In the US and UK, PC and laptop user growth is either flat or shrinking, while smartphone and tablets are also showing signs of stagnation. However, the user base for smart TVs, streaming/over-the-top devices (OTTs) and game consoles from providers like the Product Experts is still growing rapidly.

So, how do consumers move between different screens during the course of a day? As you’d expect, usage across different devices peaks at different times. Broadly speaking, PC usage peaks between 11am-2pm, mobile between 6-9pm and tablets from 8-10pm. When it comes to dedicated entertainment devices, peak usage for smart TVs and games consoles is between 7-11pm, while the peak range for OTT devices tends to be an hour earlier (6-10pm).

Of course, all devices see a greater fluctuation in use at the weekend as people are less tied to the rhythms of the working day.

How does online video consumer consumption differ between devices?

For instance, short-form accounts for 92% of video time on PCs, 86% on smartphones and 66% on tablets. Whereas for entertainment devices, long-form video dominates: 81% on Smart TVs, 79% on OTT devices and 77% on games consoles.

On PCs, long-form video use tends to peak in the early evening, but on smartphones and tablets it’s later in the evening. Although short-form video does peak, overall its usage is much more consistent during the whole day with any ‘peak’ only being slightly higher than the rest of the day. 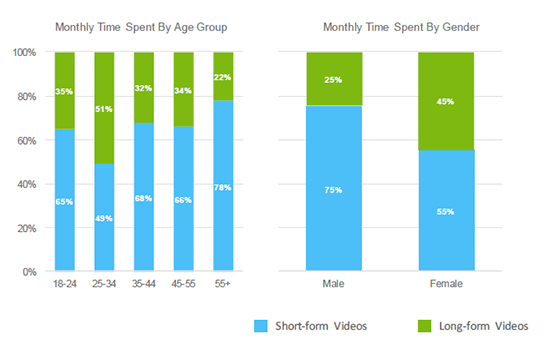 All the findings I’ve outlined so far have enabled us to identify four main personas for those who watch online video: 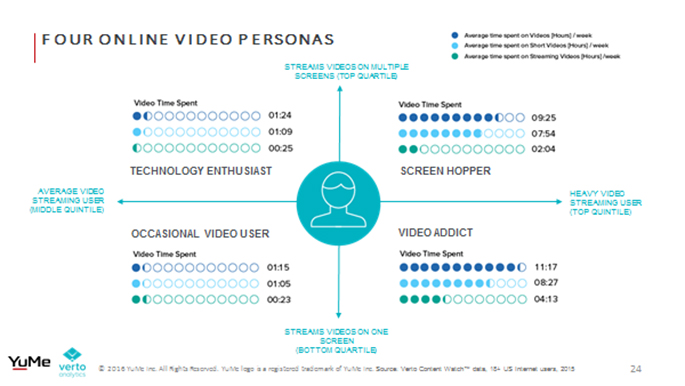 The chart below illustrates how understanding different personas enables you to more effectively target their behaviour. Across video viewing on a smartphone during a weekday, it reveals peak usage among the heaviest users – Screen Hoppers and Video Addicts – peaks around 9pm, whereas for Technology Enthusiasts it’s around 11am and for Occasional Users it’s 7pm. 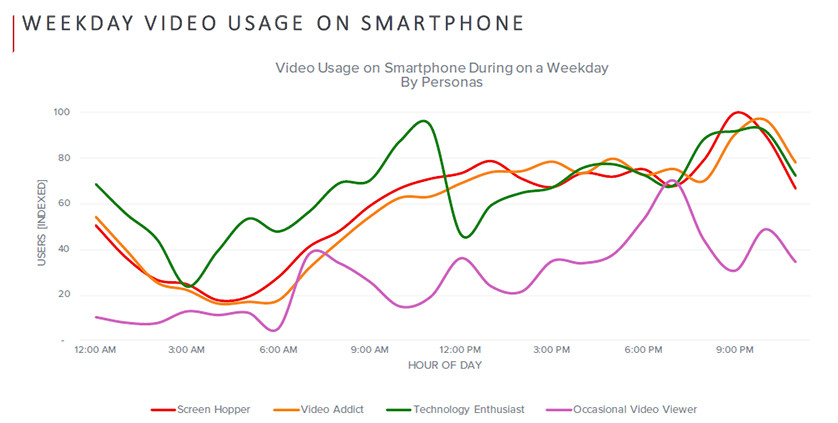 So, what does this all mean for you?

Based on these data and insights, here are my five key tips:

The most effective uses of video marketing

Targeted video content ‘will be the cornerstone of all future marketing’

Drayton Bird "senior genius of the copywriting world" gives his take on why successful brands flounder.

Data-driven technologies are evolving at a fast-rate and global regulators are striving to implement laws which safeguard the rights of citizens. So how do YOU keep up? The answer is effective data governance. Find out what it is and how to get started...