Member Login
Home / Strategy and Management
By / Professor Richard Webber / In Best practice /
Marketers aim to understand all potential customers’ needs, desires and behaviours in order to give them personalised access to their services and goods. So why do they shy away from segmenting minority populations according to ethnic groups, culture and background? Prof Richard Webber says that by ignoring those differences – albeit with noble and non-racist intent – marketers are actually depriving those potential consumers of the benefits of customer experience personalisation.

Imagine time ran backwards. A 19th century historian uses the headlines of today’s newspapers to understand contemporary Britain. What might she, or he, conclude? Undoubtedly, that a key concern of our times is the ever-increasing diversity of the cultures, values and behaviours of the minority groups that make up so large a share of our national population.

Now imagine this historian turns her attention to the pages of our marketing trade press. Would she conclude that the prime focus of today’s marketers is to define and reach diverse audiences? Definitely.

And that these audiences are the ones so extensively covered in the national press? Certainly not.

Why should coverage diverge so much? Have the consumer preferences of minorities converged with those of the host population? Our evidence suggests far less than marketers imagine. The communications department of a police force compares the names of residents who are signed up for its neighbourhood alert service with those who are not. It finds people with Eastern European, Black African, Muslim, South Asian and Chinese names are three times less likely to have signed up than people with British names. London arts venues discover a similar under-representation of these minorities compared with the London population. Of the 100 UK television programmes most watched by white viewers, only half feature in the 100 programmes most watched by black and Asian viewers.

Why should marketers, given their curiosity and insatiable hunger for statistical information, have so little information on a consumer segment which is already a bigger market than the whole of London? From years of conversations with marketers, we think there are three reasons:

The fact is that the good instinct of most people to treat everyone equally isn’t served by pretending that they are all the same. Actually, the reverse – if we want everyone to have access to the same range of services and goods, we need to understand their needs, desires and behaviours even better.

Influence of culture on consumption patterns among ethnic groups

Our findings are that about a third of Britain’s minority population who live comfortably among the white British population have adopted the consumer behaviours of the host population. We call them the ‘mainstreamers’. Another third live in communities dominated by their own minority group and live what can best be described as ‘parallel’ lives. A final third live in what can be described as ‘melting pot’ neighbourhoods. London’s Grenfell Tower was an example of this final third; residents surrounded by people from other minorities and with limited exposure to the white population. Together, these groups account for a tenth of the UK spend now; and will comprise at least 15 per cent in a decade’s time. But only the first group purchase in ways similar to the host population.

Overlaid onto this, we find different consumption patterns among communities, such as Hindu Indians, Greek Cypriots and Armenians, that have been successful in climbing ladders of economic opportunity from groups, such as the Somalis, Pakistanis and Bangladeshis, who have found adapting more difficult. Lack of command of the English language is still a big barrier for many members of this second group.

Even among the more integrated members of minority populations, people are unaware how much the culture of their forebears continues to influence them. Examples are legion. Here are just a few questions to which our smart historian might assume we had studied and found answers – but they’d be wrong.

It’s easy to see why all this might matter if your business is aimed at minority audiences. But does all this make any difference to the reach and earnings of organisations which depend for their livelihood on the patronage of mass audiences? 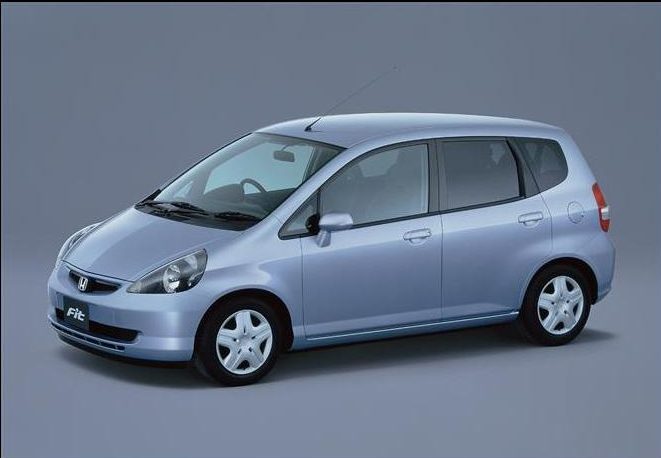 The car whose original name led to red faces – ‘Fitta’ is a vulgar word for a vagina in Swedish and has a rude ring to it in Italian and Spanish.

To begin with, what in the jargon is described as ‘cultural intelligence’ can prevent horrendous mistakes. In the early part of the century, Honda invested heavily in marketing its new compact under the brand Honda Fitta. It took some time and many millions to discover why it tested so poorly in northern Europe: in Scandinavia ‘fitta’ is slang for ‘pussy’. The slogan ‘small on the outside, big on the inside’ didn’t help.

German tourist authorities have recently profited by the flood of tourists from East Asia, not least from China. But they are learning that they need to know more about these new consumers – for example, that Japanese hotel guests are likely to prefer single beds and that Chinese guests tend to avoid the restaurant if the Japanese coach party gets there first – so booking systems that can anticipate clashes may be vital to capturing and keeping that trade.

Increasingly, these problems can only be solved by the application of big data techniques that provide reliable data on the origins of citizens and consumers. One East London primary health authority was able to meet the four-hour waiting target in its accident and emergency department after analysis of patient traffic revealed why some groups were more likely to attend A&E than others.

A major luxury goods provider in North America, puzzled by persistent mismatch between the range stocked in its stores and the demands of its customers, located the problem by analysing the ethnic make-up of its 750,000 customers. They discovered that their stores were underestimating the number of Chinese heritage customers by a factor of about 60, and that these shoppers, with their distinct preferences, were actually their most valuable demographic.

And latterly, a major shopping mall discovered that it could lift its footfall by more than six per cent (compared to the national average rise of less than half that figure) and with it like-for-like sales by more than 17 per cent simply by assessing the tastes of its ethnic mix.

There is no doubt that most of us do not want to disadvantage people because of their culture or ethnicity. The instinct of the average person is to say that we’re all the same under the skin, and that every person should be treated in exactly the same way, irrespective of their heritage. It’s a noble instinct – but completely wrong and exactly the way to make many of our fellow citizens feel that we don’t care about them, or that we don’t want their custom. Every piece of evidence we have tells us that for most people from minority backgrounds, ignoring who they truly feel themselves to be is the real prejudice – and marketers can play a major role in including people by recognising their differences.

Audience profiling: what it is and how it can help your business

Triggering customer emotions: why a people-first approach will save your brand (infographic) 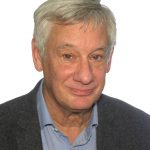 Prof Webber is the originator of the postcode classification systems, Acorn and Mosaic, and is a former director of Experian. He is a visiting professor at the University of Newcastle and a fellow of the Market Research Society and the Institute of Direct Marketing.