Member Login
Home / Strategy and Management
By / Katie Woodhead / In Best practice /
From product selection and presentation through to search, filtering and promotions, retailers such as ASOS, Missguided and PrettyLittleThing are top of the class when it comes to speaking to Generation Z. As these technologically fluent post-millennials enter the world of work and start to purchase from a wider range of brands, how can retailers tempt them across their virtual front door? Katie Woodhead examines lessons other brands can learn from the online fast fashion fraternity in communicating with the twentysomethings – the next generation of consumers.

Good luck engaging with Generation Z if you don’t speak their language!

They’re the first mobile-native generation and have grown up surrounded by information, adverts and apps for everything. They started regularly shopping online in their teens – according to a 2016 report by HRC Retail Advisory in the US, 50% of respondents surveyed said they were buying online at least once a month.

A year on and, with many now out in the working world, they are going to be shopping even more and have greater resources with which to do so. They won’t be providing easy pickings for retailers though and will instantly ‘swipe left’ on any attempt to outwardly sell to them too hard. They want to know what value you can provide for them, rather than what they can do for your bottom line, but that’s not to say they can’t become loyal customers if you put the work in to engage with them.

Brands need to focus on what matters to Generation Z. What’s important is a good quality product, an interesting and relevant experience, and the brand’s support for its society, culture and identity. If your brand can hit all of those areas then you’ll have their attention, if not then you may as well not bother. This requires most brands having to adopt a different approach to marketing and merchandising than they have undertaken previously.

Fast fashion retailers are particularly successful when it comes to marketing and merchandising for the Generation Z audience. The most obvious reason why is that they had to be in order to survive in the marketplace. Fast fashion is exactly that, fast. Retailers only have a limited time to capture their audience’s attention. They need customers to pick up on trends quickly, and tell their friends to do the same, before products become less relevant and are replaced with the next ‘must have’ trend. Fast fashion retailers are great at collaborating with social influencers to help them sell their products to Generation Z.

From fashion bloggers to celebrities, fast fashion retailers know the key to getting the desired audience to engage with their brand is to have someone their customers respect and look to for inspiration, be the one who recommends they buy into it. This voice has much more authority than that of a huge company or brand. Demonstrating that you know and understand your customers’ interests, likes and dislikes is a big part of getting it right.

Collaborating with influencers and celebrities to endorse products is a powerful marketing tool, but don’t overlook partnering with other brands that your customer base is interested in. H&M is fantastic at doing this. The retailer has launched collaborative collections with many designer names such as Alexander Wang, Lanvin and Balmain. These collections sell out almost instantly and, across the world, Generation Z is busy Instagramming its purchases. It also gives many people – too young to have a salary which would afford them a Balmain dress – the chance to own one at a fraction of the price. The excitement and pleasure given to the consumer from that one transaction could easily be enough to bring them to shop at Balmain in the future, once they have matured in their career and have the income to shop in the luxury market. These collaborations aren’t just about converting customers now, they’re about nurturing lifelong relationships.

Over in the US, fashion retailer American Eagle collaborated with social influencers of Generation Z, such as model Xiao Wen Ju and actress Hailee Steinfeld in the brand’s #WeAllCan campaign through a series ‘CANdid’ videos and invited viewers to share their own stories.

This campaign tapped into the ideals of Generation Z, promoting positivity and diversity in teens. Members of Generation Z aren’t interested in discrimination and stereotypes, they strive for inclusion. By choosing to feature models of varying cultural differences, shapes and sizes, American Eagle showed Generation Zers that their values are aligned. Campaigns such as this have allowed the brand to build a strong relationship with their Generation Z customers. And with American Gen Zers holding $44 billion (£32 billion) in buying power, according to a study released by IBM’s Institute for Business Value and the National Retail Federation earlier this year, retailers need to create interactive experiences of this kind or risk falling behind.

Another technique adopted by retailers who target Generation Z is ‘social proof’. It’s not enough to say ‘people who bought this also bought that’ – Generation Z customers want to hear referrals from other customers. They will share products across their social media platforms and look for customer feedback on product pages, but more importantly they want to see other users wearing these products. Social content is gaining in popularity and it’s unsurprising why. Generation Z isn’t convinced by a photo of a size zero model taken in a professional studio and heavily edited. They want to see their peers wearing these items; real people with real bodies and make real connections to how these products will look when worn by themselves.

Remember, Generation Z has grown up with mobile phones and WIFI being as natural and available as running water. They’ve probably never had to visit an internet café and put a pound coin into a meter to read their emails, or suffer watching an image render at painfully slow speed. Their service expectations are high and you need to be able to provide what they’re looking for immediately or they will likely move on.

Mobile isn’t the only way members of Generation Z make purchases and, interestingly, they are more likely to hop across all available devices than older shoppers. Therefore, merchandising strategies need to work from desktop to tablet to mobile, seamlessly – 60% of Generation Z won’t use an app or a website if they are too slow to load, so performance is crucial. 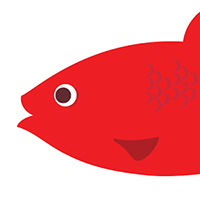 It’s said that retailers have eight seconds to engage Generation Z customers, according to a headline-grabbing survey by Microsoft, and if you think about the apps and technology that are used today, this is probably true. We don’t even need to click buttons any more to make actions, we just swipe left and right. More and more retailers are starting to implement new technology to allow customers to use voice or image-activated search. ASOS has just introduced a visual search tool allowing shoppers to filter its 85,000 products using only a photo. The tool can pick out the key items featured and return similar products to choose from. To anyone over 25 years of age, this sounds like something from Back to The Future II, but to Generation Z it’s expected. Soon, as standard practice, you won’t even need to use a keyboard, you’ll just ask the internet to find you something – retailers will need to keep up with this demand for new ways to surface what their customers want.

Generation Z’s apparent eight-second attention span is often cited in a negative light. This should be viewed as a positive, because it’s developed from a need to quickly process vast amounts of information and choose what’s relevant and useful from what isn’t and can be discarded. It’s something that other generations are catching on to and are finding it easy to adapt to. Nobody wants to waste time viewing products or content which aren’t useful to them, so why not apply these same techniques to the online stores of established high street retailers whose target markets are perhaps an older generation?

Without sounding sycophantic, marketers and merchandisers should be grateful to Generation Z. It’s all too easy to become lazy and keep doing things the same way. These demanding young customers have given us a much-needed reminder that our strategies constantly need to be fresh, authentic and useful, whoever we are selling to.

Amazon-ian effects of retail innovation: ‘change is the only constant in the shopper sector’ 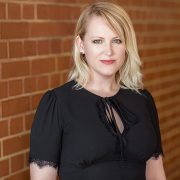