Member Login
Home / Data Innovation
By / David Levine / In Insight /
This has become a key question regarding one of the UK’s largest consumer sectors as the industry continues to move away from a traditional bricks-and-mortar model to an online approach. So is the future of retail in emerging technology such as AR/VR – and in perhaps the newest of buzzwords: visualisation as a service?

Technology has irreversibly revolutionised retail, as consumers continue to abandon the high street in favour of digital alternatives.

Even desktop websites – not long out of their infancy – are beginning to fall behind as more brands opt for a mobile first platform that allows consumers to shop anytime and anywhere.

Despite ongoing economic uncertainty, online retail sales were expected to top £60bn at the end of 2016, up nearly 15% on the year before, according to the Centre for Retail Research.

With so much competition for attention, retailers and brands need every advantage they can get, and increasingly are looking to next generation technology to get ahead in a crowded market.

The future of retail in VR and AR

Visualisation technologies – like virtual and augmented reality – have long been tipped as stand-out tools in the consumer sector.

However, up to now, they have been largely the domain of gamers and the leisure industries thanks in part to high-profile successes by the likes of Google and Sony, as well as the phenomenon of Pokemon Go in 2016.

But gradually, we are beginning to see the emergence of mixed reality and computer vision as a genuine commercial benefit, and some pioneering work going on in the background is set to bring this technology to the forefront of retail this year.

It is estimated that the augmented and virtual reality market could be worth up to £150bn in the next five years, as more industries wake up to the potential of a totally immersive consumer experience.

At DigitalBridge, we have focused our efforts on a specific problem in helping consumers overcome the ‘imagination gap’, which occurs when they can’t picture what a product will look like in their home, so don’t buy it.

As well as being an inconvenience for consumers, this mental block is a significant commercial challenge for retailers to overcome.

Independent research, commissioned by DigitalBridge, found that the imagination gap is costing retailers as much as £1bn a year in lost sales.

Closing the imagination gap for the future of retail

The report, ‘The Imagination Gap: Retail’s £1bn problem’, found that more than a third of consumers in the UK regularly decide against making a purchase because they can’t imagine what a product will look like when they get home.

The key findings in the report sound as a warning to retailers about the dangers of ignoring this problem.

However, the research also highlighted how computer vision and machine learning technology could be the answer retailers have been looking for, revealing:

It is clear from these findings that retailers have an opportunity to reduce the amount of lost sales every year, helping boost their revenue while also offering an entirely new kind of shopping experience.

And, more importantly for those retailers unsure about whether to implement new technology, it is obvious that consumers are ready for this technology and see the benefits it will bring. 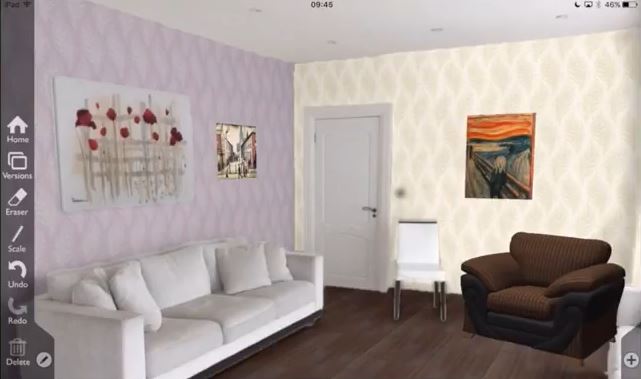 Allowing consumers to virtually preview products in their own homes before buying them would increase sales and potentially add £1bn to the UK economy, according to new research.

We’ve seen already how popular immersive technology can be in the leisure sphere, just imagine the benefits if it was implemented widely within the retail sector – allowing consumers to preview any product up close and in their own space, before buying it.

Looking beyond the UK to the wider market, consumers in the rest of the world are also beginning to realise the benefits of augmented reality, and retailers need to take note of the changing tech trends in their industry.

In the US, research by eMarketer has revealed how consumers are now open to, and becoming expectant of, new technology that makes shopping easier and allows them to make purchasing decisions quicker.

The research showed that 60% of consumers in the US would prefer to shop for home décor products – like furniture, wallpaper and floor coverings – with the aid of augmented reality or some kind of visualisation platform.

With demand growing for this type of shopping aid, retailers can no longer overlook the value of these technologies to the bottom line.

And for those retailers and brands that continue a traditional ‘shop front first’ approach, augmented and virtually reality could offer a new branch of customer experience that could allow them to compete with their online competition.

DigitalBridge’s independent research found that while the trend continues to shift towards online shopping in the retail sector, on the whole consumers continue to prefer to shop in-store for products.

Brands that are able to offer visualisation as a service at this stage in the shopping experience stand to benefit greatly from this technology.

All that is required for this type of technology to work is a picture of a room taken on a smartphone or tablet.

DigitalBridge has already carried out successful in-store trials with John Lewis, receiving more than 80% positive feedback from consumers – many of whom said they had made purchasing decisions as a direct result of using the platform.

This is where retailers can really take advantage of this technology.

Allowing consumers to walk into a store and place any product within the space of a picture, offers a level of consumer engagement that would put stores on par to compete to online only retailers, many of which can compete more on price due to low overheads.

It’s not just in the home décor market that this technology is proving its worth.

Major fashion brands are also looking to augmented reality to add a new dimension to their consumer offering.

Topshop and American Apparel are just two of the brands which are allowing consumers to preview products via an augmented reality platform, showcasing different styles, colours and fit without the consumer having to spend any money.

Ikea and Sayduck furniture are also making strides in bringing interior design into the virtual world – although these platforms continue to only offer consumers the ability to edit certain aspects of a room.

It is a growing certainty that as this technology continues to develop, more customers will expect retailers to allow them to preview product before they have to part with their cash – and augmented and mixed reality is the obvious platform to make that happen.

Like any emerging technology, it is those early implementers that will dictate how the platform develops and retailers that leave it too late risk being left behind. 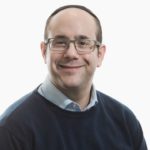