Member Login
By / Mel Dixon / In Best practice /
Thanks to big data, automation, and machine learning; predicting trends is becoming an increasingly scientific pursuit. At this year's Festival of Marketing, Richard Maryniak from Black Swan Data provided an insight into how they've been using social data to predict consumer demand in the food and drink sector.

While we hear plenty of hype surrounding buzzwords like machine learning, AI and predictive analytics; it was refreshing to hear a practitioner in the field talking about its use in the real world.

I think it’s fair to say that Black Swan is amongst the frontrunners in this area, having worked with the likes of Google, Unilever and Pepsico among many others. (Any company that’s been requested by Google to provide data insights must know what it’s doing!)

Richard started his presentation with a striking statistic:

“Over the last two years we have created more data than the entirety of humanity has up until this time.”

I’ve heard others say it’s more like 90 per cent. Either way that’s a colossal amount of data and it’s not getting any smaller. This highlights the challenge and opportunity provided by big(ger) data, and demonstrates that those best able to sort through it, learn from it and apply what they’ve learned will be those who gain the competitive advantage.

Looking at social data alone, there are:

“We should be harnessing its power,” said Richard. “We as researchers and innovators are only scratching the surface of the potential power of what we can do with that data. And that data is predominantly generated online through social networks, forums, boards, through blogs – and new forms of social networks and new forms of blogs will be created over the years to come.”

It transpires that tea drinkers do more than just talk over a cuppa, they also like to talk about the cuppa – a lot! Particularly on social media.

They wanted to find out two things about the tea market:

1. Where the opportunities for growth were

2. What the next big thing was going to be

They quickly realised that the tea conversation was more than a gentle background hum: there were 300 million conversations about the subject.

“Within that data set we identified two things. The first thing we identified was that you can actually segment social data to understand mindsets, to understand how people are thinking and then you can track that behaviour within a social conversation.”

In other words, they could track different types of conversation and how those conversations were evolving over time. This enabled them to identify a type of tea drinker previously unidentified: the experimental hipster.

“Back in 2014-15 the experimental hipster market was worth about fifty million in terms of what they were spending in the space of tea… They were out there creating tea bars and infusing cocktails using tea as a base.”

“It was an extremely exciting space but focusing on a traditional static segmentation… you would never have got to this new emerging space and you would have completely missed the growth and the rise of it.”

From small conversation to mainstream trend

Black Swan traced online conversations about green tea going back ten years in order to understand how it evolved from exotic far eastern drink to commonplace beverage of choice for the health aware.

“People were talking about it as something mythical and legendary coming over from China and not really understanding the properties or the benefits of green tea.”

“You fast forward two years on from that and actually the green tea conversation has evolved to a space where it is now an old wive’s tale and people are saying ‘oh my mother took it and it cured my headache.’”

By studying the rise of social conversations around green tea, they were able to identify the patterns and – most importantly – the point at which its rise could have been predicted. These insights were then used in order to successfully predict the rise of Maca tea which went on to become Lipton’s largest selling variant across the US.

“That project has really echoed to me how dramatically the industry is changing. I think we’re really on the cusp of a paradigm shift in terms of how we do research.”

Interestingly, Richard pointed out that the current conversation around cannabis chimed with what was happening around green tea and turmeric before they became mainstream products.

However, legal constraints may delay the widespread serving of cannabis lattes at your cafe of choice!

Predicting the future of predictive marketing

After his presentation at the Festival of Marketing, Richard was kind enough to spend a few minutes of his time discussing the future of predictive analytics.

While he sees predictive capabilities growing stronger as more data becomes available, he sees a varying rate of progress in different sectors.

“But I think the predictive capability will become deeper across more categories that are maybe harder to analyse. For example categories like finance. There’s lots of data on finance but there’s not necessarily a lot of social data because people aren’t posting about how much they love their mortgage. People don’t behave like that.”

He suggests that new specialist forums may evolve across different industry sectors. Perhaps this envisions new types of social network or more open platforms where more data can be tracked.

“Companies like us don’t want personal data, what we want is aggregate data, and aggregate-level data. As industry sectors become more understanding of that point we might see blogs and forums exposing that data to an aggregate data set and through an aggregate API.”

How do you foresee the future of predictive marketing? Feel free to share your thoughts in the comments below.

You can now register your interest for 2019’s Festival of Marketing. 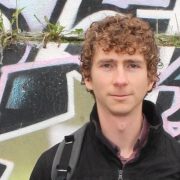 Drayton Bird recently read a guide to email marketing. He wasn't impressed. In fact, he found it astonishingly bad. A dearth of examples, a torrent of vacuous claims and a scattering of irrelevant imagery. I'm sure you can do better!

AI, machine learning and "propensity modelling" are already showing their potential, says Phillip Othen, Senior Writer at Lead Monitor. He should know: one of his colleagues is a "robo-journalist" filing 50 articles-a-week.