Member Login
Home / Strategy and Management
By / Elspeth Cheung / In Insight /
Chinese New Year falls on Friday February 16 this year and we leave the rooster and move into the year of the dog. But alongside this traditional celebration, the Chinese calendar is now filling up with new events that are designed to entice consumers into shopping and spending. Elspeth Cheung identifies the best digital & events marketing strategies for festivals new and old.

China is preparing to go red. This is how the country has celebrated the New Year for centuries, and the arrival of the Year of the Dog will be no exception – except that digital has changed the way China prepares for, and shares, its celebrations. Even this most traditional festival is now mobile-led.

New research from Lightspeed shows that while people are most likely to celebrate with family, or by eating traditional celebratory foods and buying Nianhuo – New Year goods – they are also expected to give the traditional New Year gift of money in red packets via WeChat. In fact, the e-red packet has become part of the New Year ritual for many, despite only having been introduced in 2014.

But the traditional aspects of New Year mean that brands can’t ignore offline channels. Chinese New Year is about food, enjoyed with friends and family. Snacks and nuts are bought by 88%, food by 87% and drinks by 64%. 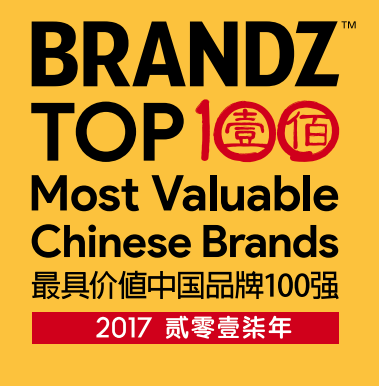 As in the West, New Year is not just a time for celebration but also a time for reflection about the way we live our lives – and there are business opportunities to be had.

Lightspeed’s survey, based on conversations with consumers across China, found that Chinese resolutions focus on health, finance and work. Brands can seize this opportunity if they can appeal to consumers’ desire to eat better, get in shape or lead a healthier lifestyle, while not forgetting the distinct needs and behaviours of Chinese consumers.

There is also a common desire to start the New Year with a better work/life balance. This might be through learning something new, ‘reconnecting’ with the world through travelling, spending more time with family and friends or looking for new business opportunities. If businesses are ready to take advantage of this time of re-evaluation, there is a wealth of opportunities to be gained.

But if Chinese New Year highlights the impact of mobile on traditional events, then new digital festivals are creating a goldmine of opportunities for brands.

Singles Day 2017 was worth an incredible $25.4bn to Alibaba as consumers celebrated 11-11 by spending money on themselves. Singles Day is now a bigger event financially than Thanksgiving, Black Friday and Cyber Monday in the US – combined!

Alibaba’s Tmall started Singles Day in China but it has now become an Asian phenomenon with the company’s Thailand Lazada platform heavily promoting the event in 2017.

Increasingly, Singles Day is becoming more like a traditional festival, about entertainment as much as a retail phenomenon. A gala countdown this year featured Nicole Kidman, Pharrell Williams and Chinese movie star Fan Bingbing among others, creating a sense of event that mimics the Oscars and the Super Bowl.

But while New Year is focused on food, Singles Day is very much about personal spending. MediaCom research found that smartphones, personal care and cosmetics are the most popular categories; led by Apple (#2 BrandZ Global Top 100 2017) and Honor (owned by Huawei, #6 BrandZ China Top 100 2017).

Huawei, for example, always launches new models before this shopping event, and invests substantially in sales and marketing on e-commerce platforms, while skincare brands tend to compete on social media via live streaming and short video promotions.

Kantar research also shows that consumers are willing to try new brands on Singles Day due to the cheaper and more accessible price points, with 19% of consumers investing in something new this year, more than the 15% expected.

While Singles Day is clearly a massive phenomenon, it’s not going to be the last new festival added to the calendar. Rival e-commerce platforms have started to look at creating new events around auspicious dates such as 618, 818, Double 12 and even creating a Chinese version of Black Friday, among others.

The goal is to build a series of regular rituals across the year. As with Singles Day they will seek to engage customers through entertainment, warm-ups, limited offers, discounts, promotions and real-time interactions through live-streaming.

Research by Wavemaker has found that there are clear rules for engaging consumers in e-commerce, but particularly around these types of retail festivals.

Based on conversations with consumers in Tier 1-5 cities (covering everything from the Capital Beijing in Tier 1, to Chongqing in Tier 3, and much smaller municipalities), Wavemaker says that such festivals should be a time when brands become more active by reactivating lapsed contacts, flagging up new launches, building brand bias, expanding their targeting and working harder to trigger impulse purchases.

This advice reflects the fact that to build a brand in China it is now essential to leverage a combination of online, offline and e-commerce platforms, whether it’s at festival time or not.

China now has arguably the world’s most advanced digital ecosystem, one that plays an important role in brand building as well as direct response. Whether it’s digital currencies that work both in store and online, or advanced data services, there are huge opportunities to connect through digital, all through the year.

Strong brands make that process much easier because consumers already have a relationship with those products and services in the crowded marketplace. 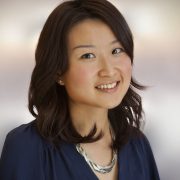 Elspeth Cheung is responsible for the brand valuation, ranking analysis, client management and external communication for the suite of BrandZ rankings. This includes the Global Top 100 and country brand rankings for China, India, Indonesia, Italy, Spain, the UK, the USA, France, Germany and Saudi Arabia. Prior to joining Kantar Millward Brown, she was an assistant manager at KPMG Corporate Finance. Fluent in English, Mandarin and Cantonese, she graduated from Canada’s University of British Columbia, where she studied Finance and Accounting, and also holds a Master of Science in Law and Accounting from the London School of Economics.