Member Login
Home / Strategy and Management
By / Anant Joshi / In Insight /
What’s the ads viewability situation across Europe and what can marketers do to improve it – to make their ads the ‘stickiest’? How can they optimise their online ad campaigns? Anant Joshi examines in detail what the latest Meetrics statistics reveal.

Overall, among four key western European markets in which Meetrics measures ads viewability levels, only 55% of banner ads served were deemed viewable. That is, they met the IAB and Media Ratings Council’s recommendation that 50% of the ad is in view for at least one second. In other words, 45% of ads served didn’t even have the chance to be properly seen by human eyes.

The picture differs dramatically by country. Austria being the best performer, with 67% of ads viewable followed by France (60% viewability), Germany (55%) and the UK at just 47%. 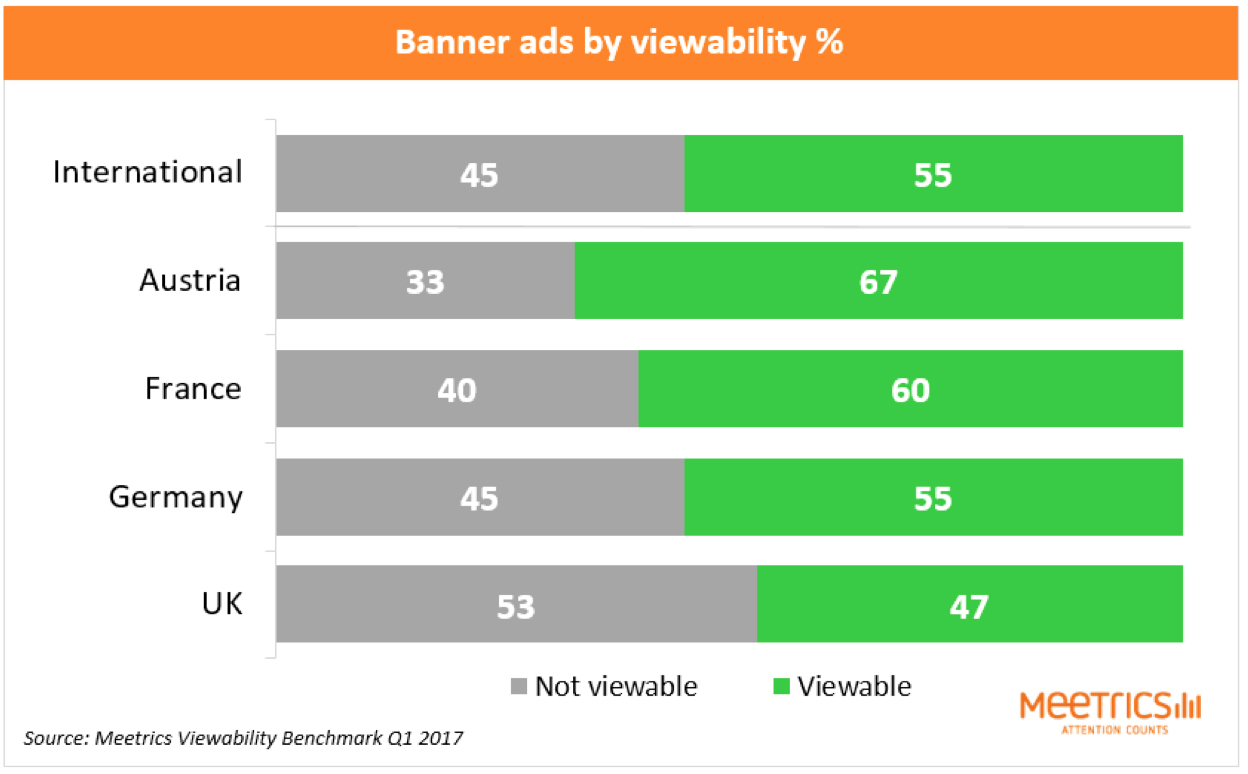 Starting with the UK (the biggest market of the four and the worst performer), extrapolating figures from the 2016 IAB/PwC Digital Adspend report, thus suggests around £750 million per year is wasted on non-viewable ads. In France, using the SRI, PwC and UDECAM report, we estimate it’s around €180 million. We guesstimate in Germany it’s around €725 million and in Austria, near the €40 million mark.

Before marketers can start addressing the cost, you need data to understand why it’s happening.

The main two reasons why ads aren’t viewable are they’re served ‘below the fold’ (i.e. on part of the web-page that the viewer didn’t scroll down far enough to see) or that the ad didn’t load quickly enough before the viewer moved elsewhere. Each reason accounts for roughly 35% of non-viewable impressions.

Around 20% of non-viewable ads are due to being served on a page within a tab that’s inactive on the user’s screen (e.g. caused by ad slots which auto-reload even if the user has moved the page/tab to the background). Roughly 10% are due to being above the highest position on the page (i.e. the viewer scrolls down the page before its loaded).

It’s worth pointing out the figures are likely to differ considerably between countries, between publishers and even across different sections or pages within a publisher’s own site. For example, viewability of ads that appear at the top of the page, leaderboards, have just 41% viewability in the UK compared to 54% in France, which suggests that UK publishers often also place leaderboards at the bottom of the page (or that UK viewers are quicker to scroll down a page).

The rise of mobile ad spend is compounding the viewability issue. Mobile tends to have lower ads viewability rates than desktop for various reasons, most obviously, the smaller screen size which can mean more page scrolling and, thus, more chance of ads being missed lower down a page. Furthermore, even if an ad comes into view, given that it often occupies a large fraction of the screen, the user is likely to quickly scroll over it.

There’s also the issue of slower network connection speeds causing ad loading delays, as well as the legacy issue of desktop ads served on mobile which don’t format properly, despite the use of responsive design. Furthermore, the increasing amount of mobile content consumed via apps, in which ads are more likely to be at the bottom of a page, hinders potential viewability levels.

So, what can you do?

There are five key actions to take to maximise the chance of your ads being seen:

Before you do anything, understand what ads viewability levels your campaigns are currently achieving. To do this, you ideally want to work with one measurement provider that can also help with audience verification, brand safety and fraud detection. Crucially, use a provider accredited by an industry body, such as the Media Rating Council in the US or JICWEBS and ABC in the UK.

The provider must be able to measure as many different ad formats as possible – there are a lot and this is often overlooked. For example, the graphic below shows how viewability and in-view times differ dramatically among just six key ad formats in Germany. 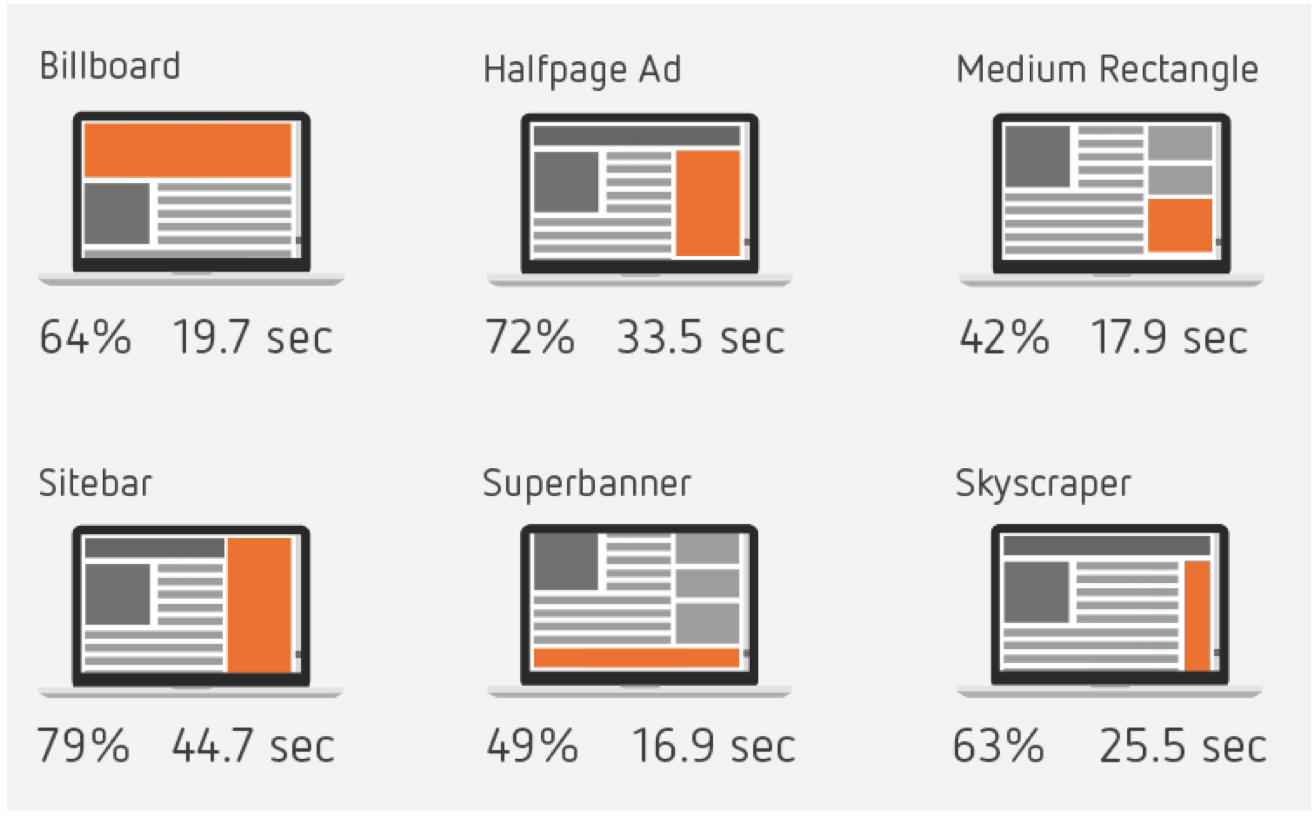 It’s also worth working closely with publishers or at least enquiring as to how well they understand the strengths and weaknesses of their portfolio for ad placements in terms of both visibility and average view-time rates. You want to try to ensure that your ads are being placed in the ‘stickiest’ places possible and not on pages where ads are quickly skipped, such as picture galleries.

You need to decide how you’ll define a viewable ad. Are you happy with the 50% for 1 second definition for a viewable display ad or 50% for 2 seconds for a video ad? Or do you want to come up with your own?

Either way, it’s vital that you agree and align your definition with all parties in your ad supply chain – advertiser, agency, ad tech provider, measurement provider and publisher.

You’ll also need to agree beforehand on other rules about how the campaign is assessed, such as targets (e.g. what % is acceptable in terms of impressions served that meet your viewability definition) and outcomes (e.g. what action will be taken for non-viewable impressions – no payment, part payment, full payment?)

Also, be aware that premium inventory regarding ads viewability comes at a price. For example, in Austria rates are often 20% higher for insertion orders that expect viewability guarantees.

As tempting as it is to reach for the moon, don’t create unrealistic milestones or targets, particularly in the early days. You won’t be able to improve things overnight and unrealistic aims can affect all parties’ motivation.

As part of your campaign ‘rules’ you may want to throw in a ‘tolerance’ range for any deviations, again more for the early days.

There’s little point in studiously setting up the parameters and then ignoring them until the end of the campaign. Set up alerts to flag if any of the thresholds aren’t reached so you can tweak and improve ‘in-flight’.

It’s particularly important to monitor results from low-price inventory. You must be prepared to remove it from the plan if it’s not worth even the cheap price you’re paying.

Your agencies and providers have a duty to provide you with honest reporting – you must demand this. Even if the reporting seems bad, it’s an opportunity to highlight inefficiencies and improve them.

Viewability is a much more complex issue than most marketers realise, but it’s relatively easy to get accurate and granular data about how your campaigns are performing so you can make the necessary changes to avoid wasting thousands, or millions, on ads that never have the chance to be seen. Anyone can see that’s a step worth taking.

Are ad blockers a blessing in disguise for advertisers?

Digital advertising and facing the realities of immersive marketing 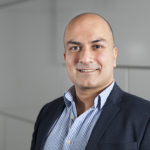