Member Login
Home / Data Driven Channels
By / Nenad Cetkovic / In Insight /
After the Brexit vote, Nenad Cetkovic looks ahead to international trade and says the ecommerce opportunity is beckoning.

With the European landscape decidedly unsettled at the moment, many commentators have put new trade relationships and the potential for closer ties with markets like China in the spotlight. On paper, the ecommerce opportunity for British retailers in China is eye-catching.

Online shopping in China increased by more than 70 per cent last year, fuelled by a higher standard of living and greater exposure to foreign products. It’s clear that opportunities for British retailers with an effective ecommerce strategy in markets like China are numerous. But what are the actual practicalities involved with getting started with building an effective strategy?

With more than 600 million internet users, China is the largest ecommerce market in the world, despite the fact that internet penetration in China remains less than 50%. Research by eMarketer indicates that by 2020, a quarter of the population of China, representing more than half of all digital buyers, will be shopping either directly on foreign-based sites or through third parties. But China is a challenging market for Europeans owing not just to language and cultural differences, but also a different work ethic and approach. Understanding these differences and the Chinese way of doing business is the starting point.

According to a study conducted by Ecommerce Europe, clothing, accessories and handbags (43%) are the top categories for international purchases in China, closely followed by toiletries and cosmetics (41%) and baby products (30%). The luxury sector is also very popular among Chinese online shoppers. Indeed, Western brands are often highly valued by Chinese consumers: the seal ‘Made in Britain’ is synonymous with luxury and tradition. To increase an item’s appeal, many Chinese companies have registered an office abroad in order to label their products as ‘foreign’, which has made it increasingly difficult to discern genuine foreign brands from enterprising domestic ones. However, in order to succeed in China, retailers must adapt. It will not suffice to use the same strategies that work in the UK.

Part of the solution to going international is going local. When browsing international products, consumers expect the same services that they receive from local businesses. Important initial questions for British retailers to consider include: is there a demand for the products in China? Who are the local competitors? How many and how strong are they? Is the retailer already known in the market? If not, what communication and acquisition channels can be used to quickly gain customers and test the market?

Dominating 80% of the entire Chinese market, Alibaba is China’s leading e-commerce company. Marketplaces put the opportunities to selling internationally within reach to all. These platforms provide a simplified approach to audience reach, payment and logistics and the ability for local players to test new markets easily with minimal investment. The most popular and largest marketplaces are Taobao and Tmall, but platforms such as JD.com (17.1%), are starting to take more and more market share. To provide some perspective, the international marketplace giant, Amazon, only has a 2.2% market share in China. With Alibaba, retailers have the advantage of being able to benefit from a central webpage which already has a huge amount of qualified traffic. The Chinese are mostly familiar only with eBay, Amazon and Adwords, and are quite unaware of the complex ecommerce distribution system existing in the different countries.

Beyond marketplaces, retailers must consider the main influences on Chinese buying behaviour. iResearch’s recent study has revealed that the preferential purchasing condition for more than 34% of Chinese customers is price, followed by convenience and trust. Chinese consumers are well known for their love of a discount, but they also often believe that the higher the price, the better the quality of the product. The tactic of choice for many local Chinese retailers is to price everyday items low to compete, then charge a premium on impulse purchases.

Many commentators have also observed that Chinese consumers particularly focus on content, so using lots of images and providing detailed product descriptions is a highly recommended tactic. For each image that a French shopper looks at, for example, their Chinese counterpart will have looked on average at eight. In addition, 20% of online consumers in China take longer than European shoppers before they click. Taobao’s website is the perfect stylistic example of what works well: the red and orange colours represent festivity and prosperity, while their busy interface, with plenty of links, aligns with the stylistic preferences of a majority of Chinese consumers.

Ecommerce opportunity – the how and the where

Further to this, knowing how Chinese ecommerce is conducted is as important for retailers to know as where. China has more than 700 million mobile phone users, so make sure your store is mobile-friendly and that payments via mobile are possible. Sales via mobile phones are expected to triple by 2018 and 50% of online purchase in China have already been made via mobile devices so far this year. Foreign companies need to develop a strong m-commerce strategy to remain competitive in the market.

It’s also important to have seamless logistical procedures and an efficient customer support system. With 75% of customers leaving feedback, it’s crucial to have a satisfied client, so make sure you can keep up with the seven-eight hour time difference. For a start, businesses should adapt their payment methods to suit the Chinese market, or risk losing customers. A relatively small proportion of Chinese buyers use credit cards online, preferring instead to use Alipay (The Alibaba Group’s third-party online payment platform), or Tenpay, which operates like Paypal, so making sure you can offer these payment methods is important.

Another challenge that needs to be overcome is the fact that China’s delivery services have not caught up with the growth of ecommerce in China. It almost goes without saying that online retailers will encounter some logistical difficulties when delivering to China. This can lead to slow deliveries and lost parcels, which does not help inspire trust. If you don’t have the resources to set up your own delivery service, you could consider following Alibaba’s lead and forming partnerships to set up a logistics network.

Being visible and efficient is more complicated in an international market like China than enjoying local success. While there’s no shortcut to success, tools like Lengow’s platform can be invaluable for retailers wishing to sell in China, as the solution enables retailers to quickly and easily distribute, optimise and manage their product catalogue on a choice of more than 1,500 channels across 18 countries: marketplaces, price comparison sites, affiliation platfoms, retargeting and real-time bidding. But the enormous opportunity that cross-border sales represent can only be fulfilled by businesses that know how not just to invest in the right solutions and approaches, but know how to enter the market, how to adapt and also how to respect the important details, habits and customs that exist in markets like China. 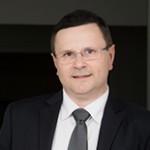 Nenad Cetkovic is the chief operating officer of Lengow.