There’s a new excitement in the marketing industry. We’ve been in a stage where many people in tech, strategy, brand management, media planning and buying have been dealing so much with the problems faced by digital advertising – using data and metrics, managing mobile, viewability, ad blocking, ad fraud, user experience and more – that much of the fun of digital advertising has fallen by the wayside.

Fundamentally, new creative approaches and radical marketing tactics have taken a back seat, leaving many consumers uninspired by the ads that they’re served. But now, virtual reality (VR) and augmented reality (AR) marketing strategies have matured to a position of true viability so that marketers can offer consumers far more entertaining, compelling and immersive ad campaigns that inspire personal affinities with brands.

AR and VR ads bring new levels of functionality to advertising that mean consumers will interact with brands in whole new ways. They’re not just advertisements as we’ve known them previously, whereby consumers simply observe commercial information that’s presented to them. AR and VR ads enable people to virtually experience products and services. They can try on make-up and clothes (see video below); attend a pop concert; look around a holiday resort; or be a character in a branded game – and they don’t need to visit a store to do so.

The optimism for VR and AR is most clear among the young, sub-35-year-old planners and buyers at leading media agencies. Vibrant Media found that more than two-thirds of them (67 per cent) want more VR and AR ads. Granted, the optimism from this group may not be so surprising: they’re first adopters, excited by innovation and professionally under pressure to find new creative strategies to inspire the brand managers that employ them.

Respondents to Vibrant Media’s research found that 29 per cent of media agencies are buying AR and VR ads for their clients and they ranked Automotive, Gaming and Entertainment as the verticals most likely to benefit from both AR and VR campaigns. The Travel and Property & Construction sectors are expected to be prime beneficiaries of specifically VR campaigns and FMCG and Fashion will benefit particularly from AR, according to planners and buyers.

However, for all the fun that AR and VR ads offer to their jobs and brands’ marketing campaigns, their optimism is based on a new practicality. First off, they’re driven to AR and VR by the levels of consumer engagement the marketing approaches offer.

What’s more, even though more of these planners and buyers have bought VR campaigns than AR campaigns in the past, most of them (58.3 per cent) reckon AR campaigns will be more successful than virtual reality ad campaigns in 2017. One of the main reasons they give for the increased success rate of AR is the ease of engagement with AR compared to VR. In the main, no accessories or hardware are required for AR campaigns.

That recognition of the headset barrier to VR adoption is key. Whether based on a hunch, or lessons they’ve learned from previous VR marketing campaigns or the 3D TV industry, a preference for ad formats that don’t require headsets is clear. It’s also an approach backed up by recent Forrester research which, although very optimistic that VR will be ‘transformative’ for brands in the long term, recognises that right now 42 per cent of US online adults have never heard about VR headsets and of those that had, 46 per cent said they don’t see a use for VR in their lives.

However, a barrier exists for the vast majority of AR campaigns, too – most formats still require specific apps to deliver the marketing experience, whether bespoke apps designed for the brand, or partnerships with third-party AR apps like Snapchat or Blippar. It is the AR and VR ad formats that remove the barriers of requiring headsets, accessories and apps that are the ones to get excited about. Relying on AR and VR formats that require additional apps and hardware won’t extricate such campaigns from the gimmick and stunt categories of marketing.

When Vibrant Media took its first step into immersive advertising with its 360° video format in February 2017, it did so with a pragmatic new approach to brand communications termed ‘insperience marketing’. As well as offering immersive branded environments to consumers through 360° video, AR and VR, a fundamental tenet of the new insperience strategy is removing the barriers to widespread use of the formats to achieve campaigns of massive scale. Like any ad campaign, AR and VR ads require scale to attain any traction in a marketing sense. 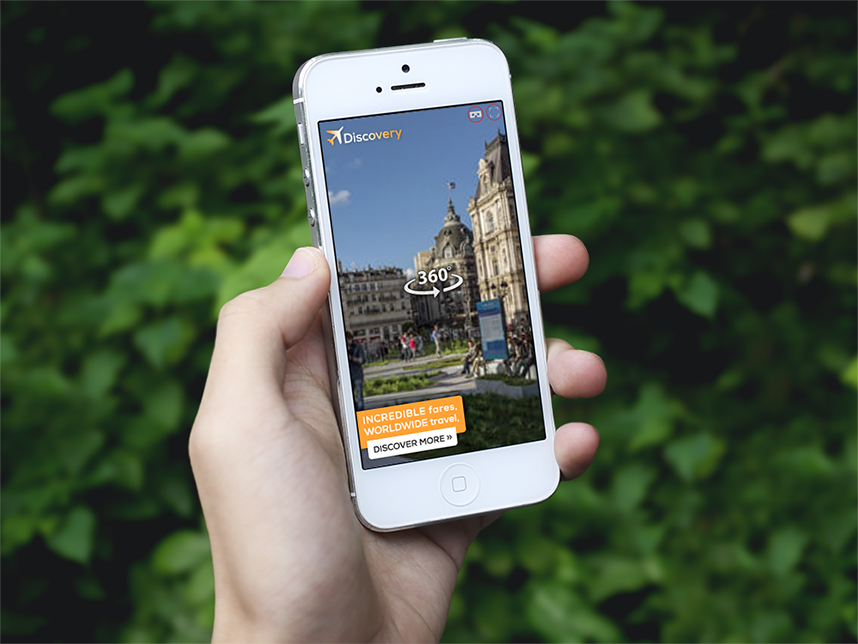 Touring around a holiday destination is expected to be a common use of VR ads.

The app and hardware-free approach to immersive advertising can deliver that scale, as it works through mobile browsers and the ads can be launched from the web pages of over thousands of publishers reaching millions of people. The formats can be compatible with VR headsets, but their use is optional for consumers, not a necessity or a diktat from the brand. That’s not to say that users cannot choose to use apps and headsets with the ads if they want, but the AR and VR ads in the Vibrant insperience range are not reliant on them to deliver an immersive advertising experience. Brands that choose to invest in VR and AR campaigns that require apps, headsets and accessories immediately reduce their potential audience, frustrate consumers who cannot experience the ads, and take a huge budgetary risk.

Even though ad buyers are facing up to the realities of immersive advertising campaigns and opting for app-free, headsetless formats, VR and AR campaigns won’t be the most numerous ad format online for a few years to come. Some campaigns simply require a simple direct response ad format.

However, the brands that have already played with AR and VR over the last few years, are well placed to take advantage of the new scale immersive insperience ad formats can achieve. Automotive brands, such as Kia, Volvo (see videos below) and Volkswagen, have been using AR since before 2012, and the application of AR and VR for promoting other high value products, such as property and holidays hasn’t been missed by marketers.

Brands that seek to inspire personal affinity and consumer loyalty – such as those in the fashion and beauty sectors like ASOS and L’Oréal – are also being inspired by the ‘virtual try-on’ abilities of AR and VR which enable consumers to see what they look like in make-up and clothes before they buy. In particular, the popularity of fashion, hair and make-up vloggers has shown these brands that user-generated video featuring their products is a marketing success.

The social media sharing capabilities of some virtual try-on ads will introduce a new way to capitalise on that phenomenon. That’s still to come, but shows that VR and AR ads are being broken out of the constraints of specific apps and hardware, and will start populating other media channels. When taking a practical approach to immersive advertising, the excitement for the new formats is well justified.

What’s the future of retail – visualisation? 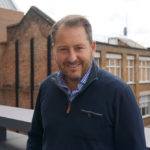 Craig Gooding co-founded Vibrant Media native ad company with Doug Stevenson in a small office in East London’s Brick Lane in 2000. The innovative ad tech company now operates from 14 global offices. Vibrant Media delivers native advertising to engage consumers and drive traffic to websites for brands including Sony, Nissan, Shell, Del Monte and more. In 2010, Craig was awarded the Ernst & Young Entrepreneur of the Year Award. Craig leads a team of 300 employees in the US and Europe and oversees Vibrant Media’s strategy and execution of business and product development, marketing and sales.