Member Login
Home / Data Driven Channels
By / Tim Barton / In Insight /
One of the greatest shifts in customer loyalty is the movement towards digital. Tim Barton discusses how retailers can rise to the challenge, raising the standard of customer loyalty programmes.

Who’d be in retail today? Gone are the assuring days of lifelong loyalty; customers are more promiscuous than ever, hopping between brands as they look to engage with whichever one best meets their needs on the particular device they’re using at any given moment.

That being said, there are a huge number of shoppers who want to build lasting brand relationships – but their favourite retailers just aren’t delivering value in return.

A recent survey by Capgemini investigating the success of loyalty programmes across seven different sectors, which included retail and hospitality, found that most schemes reward customers on the basis of the transactions they make, rather than rewarding interactions with the brand.

Moreover, where points are accrued for purchases, the majority of retailers are not optimising their programmes to nurture the relationships with these loyal customers. For example, only one in ten retailers personalised rewards in light of the previous purchases that each customer made. Far too many brands still rely on generic printed vouchers post-purchase and wonder why these deliver poor return on investment.

The widening gap between today’s consumer behaviours and expectations, and the current loyalty offerings, are beginning to show; 53% of consumers have left at least one loyalty scheme within the last 12 months as they felt it was no longer delivering value to their brand relationship.

How can retailers revitalise their customer loyalty scheme for today’s shoppers?

One of the greatest shifts in customer loyalty is the movement towards digital. It has been a major challenge for retailers to configure their sales and distribution models for today’s ecommerce-led, multi-channel shopping environments and, for many, their retention schemes have not yet followed suit.

For example, more than a quarter of online sales in the UK alone are expected to come from mobile devices in 2015. Yet, only a quarter of loyalty schemes allow shoppers to redeem points through their smartphones – despite rewarding them for spending via this channel. 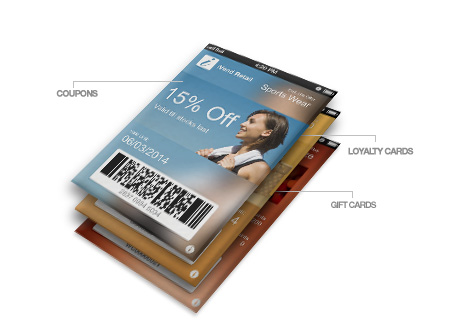 Integrating mobile into the loyalty offering is going to become a key battleground for the retail sector this year, to better adapt schemes to the rapid, often nomadic way in which people prefer to shop today. In order to achieve this, retailers need to introduce mobile-friendly platforms, like digital passbooks (left).

There are some retailers who are already using such technologies to capitalise on customers’ smartphone reliance. For instance, Sephora has been hailed by many retail experts – Capgemini included – as a trail-blazer for modern loyalty programmes. Its Beauty Insider scheme integrates with both Apple’s mobile passbook and the brand’s own app, promoting smartphone-based loyalty. As a result, loyalty programme participants purchase goods twice as often as an average Sephora customer.

Embracing mobile also gives retailers the power to tailor offers based on shoppers’ locations. This is something that department store chain House of Fraser is currently experimenting with by placing Bluetooth beacons in its mannequins, which beam offers to customers as they pass by.

Something like this can be taken to the next level when retail brands can identify that the mobile belongs to a high value customer, who is a member of their loyalty scheme, to stream them exclusive offers. This is a powerful way to better integrate loyalty into the overall shopping experience.

More than that, identifying the customer through their device enables geographical location to be combined with past purchase history in order to personalise the offer being made. In addition to giving shoppers more relevant content, the data generated from these interactions empowers retailers to make more informed decisions about how to effectively engage with loyal customers going forward.

However, targeting consumers through their devices is only half the battle won. Retailers also need to reconfigure their approach to what customers should be rewarded for.

Majority of customer loyalty comments are negative on social media

The traditional ‘points for purchases’ model is failing to gain traction among today’s shoppers; 90% of customer loyalty comments on social media are negative, as consumers become increasingly resentful at having to buy from a brand to gain recognition.

Instead, retailers should be transitioning towards an experiential model, which rewards customers for beneficial interactions, such as taking surveys or advocating them on social media. Making shoppers feel truly valued even when they’re not directly contributing towards revenue creates a meaningful depth of relationship that cannot be fostered through discounting alone.

To conclude, if the evolution of retail in recent years has proven one thing, it’s that consumers want to do things on their own terms, and retailers must adapt their own models and services to meet that requirement. Most have achieved this operationally through the implementation of new technology to raise customer service standards. Now the same must be done to transform customer loyalty programmes. 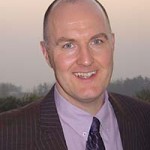 Copywriting great Drayton Bird recalls one of the finest talks on copywriting he's ever witnessed. Entitled “20 Opinionated Answers to 20 Questions Nobody Asked,” it's full of wit and wisdom which is just as relevant today - even if the mediums have evolved. Take away just one lesson and you're sure to benefit.

Brand identity lies at the heart of all your marketing efforts. Get your brand positioning right and it can inspire thousands of winning marketing campaigns. When was the last time you seriously considered who you were? Maybe it’s time...

Herschell Gordon Lewis tells the story of how he transformed a technical product description into something rather more attractive. He really grabbed this one by the lion's mane!