Member Login
Home / Strategy and Management
By / Doreen Wang / In Insight /
In 2017, May 10 was declared the annual ‘Chinese Brands Day’ as the Chinese government, keen to build the country’s influence internationally, looked to help promote 'Made In China’ brands. Here, Doreen Wang gives her thoughts on the impact of the initiative just after its first anniversary and looks at how Chinese brands focus on growth.

Cast your mind back only a few years and it’s fair to say that ‘Made in China’ was synonymous with low-priced, mass-produced and copycat products. Today, thanks to various initiatives, combined with a highly successful focus on innovation, that perception is rapidly looking out-dated.

Chinese Brands Day – a bold strategy by the Chinese Government – is one such scheme. Declared in 2017 as an annual event that would take place on May 10, along with the Silk Road Economic Belt Initiative, it is part of President Xi Jinping’s clarion call for a new era of globalisation in what is probably the biggest single development push by any country in history.

In celebrating brands, Chinese Brands Day specifically addresses the issue that, although companies in China are increasingly innovative and making huge strides in growing globally, they are not always adept at communicating this and building their profile.

And by promoting its new-found status as an incubator of innovation, China is effectively sending a very powerful message about the importance of branding to global business growth and success – which in itself is a brave and innovative step. Not only does it encourage other businesses to focus on their brands, but it will also help these enterprises to succeed outside China, thereby further building the country’s influence internationally.

The transformation to ‘Created in China’

Support of this at government level, along with exciting and enterprising new brands that have no limit to their ambition, means that ‘Made in China’ is being transformed into ‘Created in China’.

This is mirrored by public opinion; Chinese consumers increasingly regard their homegrown offerings as innovative, while globally this is now the first trait that people associate with Chinese brands, with this view particularly prevalent among the younger generation.

The rise of the technology giants

Innovation, along with strategic acquisitions and funding deals that show they understand the needs of today’s consumer have helped technology giant Tencent and e-commerce company Alibaba achieve fast and impressive expansion, with growing recognition around the world. Taking the Chinese bike-sharing schemes that are an increasingly familiar sight on city streets around the world as an example, Ofo is part-financed by Alibaba, while Mobike is owned by Tencent-backed Meituan.

The external focus of these companies is reflected in this year’s BrandZ Top 100 Most Valuable Chinese Brands ranking, with the total brand value of the ranking growing 23%, from $557.1 billion in 2017 to $683.9 billion, the biggest one-year increase since the BrandZ China Top 100 was first published in 2014. Within that, Alibaba grew at a staggering rate of 53% year-on-year to achieve a brand value of $88.6 billion, and the top slot went to Tencent, which grew 25% to $132.2 billion

The 2018 BrandZ Top 50 Chinese Global Brand Builders report takes an in-depth look at the brands in China that are making an impact with consumers in international markets. It makes interesting reading when looking at China’s global reputation, not least because of the ranking’s growth from 30 brands in 2017, a great deal of which is down to the rapid pace at which Chinese businesses are pursuing global expansion.

Lenovo, a global leader in personal computer and mobile technology, took the top slot, closely followed by telecom company Huawei, with both brands demonstrating how China is using innovation to comfortably compete on a global scale. For example, having developed its first own-brand smartphone only five years ago, today Huawei has products that are comparable (and in some cases more feature-rich) than those from the previously ubiquitous Apple and Samsung, and is poised for future growth with a range of 5G-enabled offerings.

Of course, innovation is not limited to technology brands (although companies that produce non-tech products often look to technology as a platform for innovation and growth). Food companies have too, such as dairy specialist Mengniu – which has reaped the rewards of focusing on fast and consumer-facing innovation in terms of product development. It has also teamed up with Alibaba to meet the online buying demands of young, tech-savvy customers as it aims to develop its overseas sales.

Banks have started to leverage facial recognition technology to enhance customer service, with China Construction Bank taking this a step further with additional high-tech applications such as artificial intelligence (AI) and virtual reality (VR) to open a branch in Shanghai staffed by ‘robots’.

Chinese appliance brand Haier also relies on technology; its connected household devices are making the ‘smart home’ a reality, and allow people to customise a solution that suits their own individual needs.

Indeed, so far has the tide turned that several global companies now test their new products in China, where consumers – used to a culture that is rapidly evolving to focus on their needs – are some of the most demanding in the world.

‘Premiumisation’ and the Chinese Dream

As sophisticated Chinese shoppers aspire to invest in their own future, they are increasingly prepared to pay premium prices for a wide range of products and services that enhance their lives. The ‘Chinese Dream’ is beginning to take shape, and brands that develop new ways of thinking and deliver on their promises are reaping the rewards.

This shift in reality and mindset is translating into dollars – as highlighted by the BrandZ report figures above; further incentive if any were needed that developing a strong brand at home and abroad is a prerequisite in Chinese business today.

China’s insatiable appetite for new technology is fuelling the global growth of many of its individual brands. Younger consumers in particular are turning to companies such as Lenovo, Alibaba and JD.com because they deliver cool and affordable products and services.

Chinese Brands Day promotes the brands that have been instrumental in driving this change, while encouraging newer and less vocal brands to showcase the next generation of innovative, cutting-edge and pioneering offerings.

As China steps up to take its place on the world stage, brand has never been more important, both in terms of ‘Brand China’ and the myriad Chinese brands that are leading the way with offerings designed for life in the 21st century. 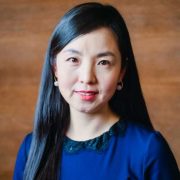