Member Login
By / Sally Hooton / In In the News /

Internet service company Tencent has becoming the most valuable Chinese brand for the first time, and newly-listed online retailer Alibaba has entering the ranking at No.2, according to a new study. Both brands leapfrogged long-time leader China Mobile, which had held the top spot since 2011. 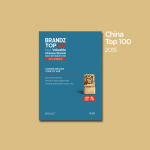 The 2015 rankings, revealed via the fifth annual BrandZ Top 100 Most Valuable Chinese Brands report carried out by marketing and brand consultancy Millward Brown in conjunction with WPP, clearly shows a rapid rise in the brand value of technology and tech-related retail brands. Technology companies have become brand powerhouses, and as a result the technology category has now surpassed financial institutions as the highest value category ($106.9 billion), contributing 23% of the Top 100’s total value.

Brands from private enterprises (also known as ‘market-driven’ brands) dominate in terms of value growth, rising 97% since 2013, while SOEs (state owned enterprises) declined 9%. Whereas five years ago the Top 5 brands were all SOEs, three of this year’s Top 5 – Tencent, Alibaba and Baidu – are market-driven. Together the three represent around half (48%) of the value of the Top 10, led by Tencent which nearly doubled in value in the past year alone.

Retail was the fastest growing category, with a phenomenal increase of 3,827% due to the inclusion of new entrant Alibaba. Even without taking Alibaba’s value contribution into account, the category grew by 64%, after a year of successful innovation by brands. The car category grew 141% in value after new entrant Great Wall enjoyed success with its SUV sales, and technology increased its value by 78%, again driven by consumers’ positive response to the creativity and innovation of brands in the category.

Meanwhile, lower economic growth in China and government policy changes contributed to a decline in seven categories including alcohol, apparel and financial institutions.

Now in its fifth year, the BrandZ ranking of China’s most valuable brands shows evidence of a long-term trend: the rise of ‘market-driven’ brands and the relative slowdown among SOEs. Looking at the Top 50 brands over the past five years, the brand value of those that are market-driven has grown 278%, compared with 6% for SOEs. Currently, the total value of the Top 100 is roughly evenly split between market-driven brands (47%) and SOEs (53%). 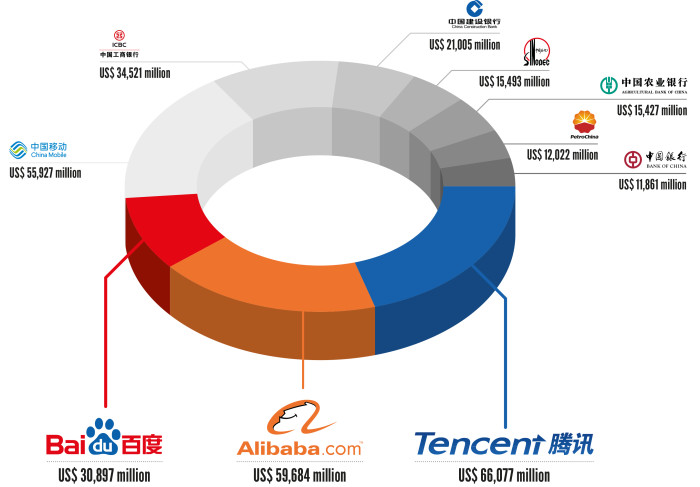 While SOEs remain significant contributors to the ranking (and play key roles in China’s broader economy), their performance highlights the increasing competition SOEs currently face in the Chinese market.

As Chinese companies improve the way they develop and execute marketing strategies, the gap between Chinese brands and multinational brands in China is also narrowing. Consumers increasingly see little difference between the two – choosing brands based on the value they offer, rather than provenance (their history as a business in China). Five years ago Chinese and multinational brands were 26 points apart on the BrandZ™ Brand Power Index, which measures a brand’s competitive position in its category. Today their scores are almost identical.

Other key trends highlighted in this year’s Chinese brands report include:

David Roth, CEO EMEA and Asia, The Store, WPP’s global retail practice said: “2015 marks the fifth year of the BrandZ China ranking, giving us a clear insight into how brands have strengthened during an extremely dynamic period. Those which have grown in value have constantly innovated, based on a sound understanding of rapidly evolving technology and consumer behavior. Investment in brand, innovation and connecting with consumers will now be the critical success factors for brands operating in increasingly competitive categories.”

Doreen Wang, global head of BrandZ, Millward Brown, said: “Consumers increasingly accept Chinese brands because they see them as meaningful and dynamic, not only because they’re well-known. The big question now is what brands must do to be accepted in international markets. Success will depend on understanding consumers’ behavior and needs, integrating technology to improve the brand experience and playing on China’s unique identity to offer meaningful points of differentiation.”

The Top 100 table can be downloaded here.

Trained as a journalist from the age of 18 and enjoying a long career in regional newspaper reporting and editing, Sally Hooton joined DMI (Direct Marketing International) magazine as editor in 2001. DMI then morphed into The GMA, taking her with it!