UK businesses spent £1 billion on affiliate marketing and lead generation activities in 2013, 15% more (on a like-for-like basis) than in 2012, according to the second annual Online Performance Marketing study conducted by PwC for the Internet Advertising Bureau UK (IAB).

This generated £14 billion in sales via price comparison, voucher, cashback, loyalty and product review websites – the most common forms of Online Performance Marketing (OPM). This represents a return of £14 for every £1 invested by advertisers.

Across OPM sites – such as Comparethemarket, TripAdvisor, Vouchercodes, Nectar and Quidco – advertisers don’t pay publishers to show the ad, they only pay if the ad causes someone to complete a defined action, such as making a purchase (affiliate marketing) or submitting contact details (lead generation).

In 2013, UK consumers made 150 million purchases via affiliate websites – three for every British adult – totalling £13 billion. £1 billion in sales was generated from Britons submitting contact forms. This means OPM now drives about 10% of all UK e-commerce retail sales.

Dan Bunyan, manager at PwC, said: “OPM generated around four billion clicks in 2013, the equivalent of ten million per day or 120 per second, about 5% of which resulted in a transaction. This high conversion rate and the high return on investment explains the significant increase in advertisers (to 4,000) and publishers (to 12,000) now using OPM.

“It isn’t just the big publishers, or ‘super-affiliates’, who generate revenue through OPM. It’s opened up a new and growing industry among the ‘long tail’ where Individuals and small publishers with specialist knowledge of a particular area can produce websites and then automatically generate advertising revenue.”

OPM ushering in a “new era of savvy and careful consumerism”

OPM taps into consumers’ desire to find the best deals. More than half (52%) of British adults online report having visited a price comparison website in the last six months. Nine in ten say they cash in vouchers or redeem points, half of whom do so every month. One in eight has redeemed a voucher or deal using an app on their mobile phone.

Tim Elkington, director of Research & Strategy at the Internet Advertising Bureau, said: “Characterised by deals, incentives and product reviews, OPM has ushered in a new era of savvy and careful consumerism.

“However, the industry is growing quickly because it’s an ‘everyone wins’ situation.”

He explained: “Consumers can save money in a variety of convenient ways and get access to content online free of charge. Advertisers get new customers – nearly six in ten people become repeat customers of a company they only discovered through a deal or incentive site – and, at a return of 14:1, it’s extremely cost-effective. It also generates extra revenue for the publishers in the middle, large or small, via referral fees.”

The finance sector, driven by insurance and credit card advertisers’ use of price comparison sites, is the biggest spender – accounting for 35% of OPM expenditure in 2013 – followed by retail (21%). The top five are completed by travel & leisure (17%), telecoms & media (9%) and gaming (7%).

Commenting on the success of OPM, Olivier Claude, marketing controller Affiliate & Email at BSkyB, said: “Between 2010 and 2012, affiliate channel sales volumes grew by 33% and customer quality has improved. At the same time, affiliate share of online volumes have grown steadily. Should Performance Marketing maintain positive volume growth and positive ROI, we should expect an increased investment in the channel.” 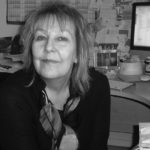